Santa Monica is one of the most beautiful places in the world to visit. On top of the glistening beaches, perfect weather, delicious restaurants and eclectic shopping, its hotels are also top notch. With outstanding interior designs, Santa Monica hotels offer guests a first-class vacation experience. From coastal style to contemporary to Hollywood Regency, here’s a list of some of the city’s hotels that aren’t just fun to stay in but are stunning to look at as well.

Stepping onto the sprawling grounds of Fairmont Miramar Hotel & Bungalows feels like you’ve entered an entirely different world. The warm-toned guest rooms are classic with spectacular views of the ocean and the hotel’s gardens. The Fairmont also offers bungalows available for guests to stay in. These charming suites were built in the 1930’s but have since been elegantly restored and styled by some of LA’s top interior designers. It’s a great home away from home. 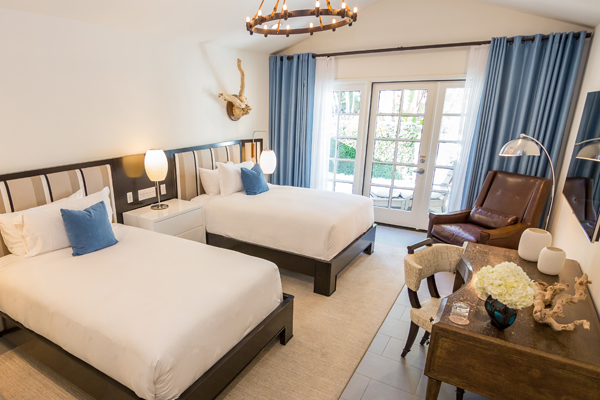 Michael S. Smith is the creative brains behind the glamorous Hotel Casa del Mar. The hotel is influenced by Italian villas on the Mediterranean. With lots of greenery and an open floor plan, the Terrazza Lounge, one of the hotel’s eateries, looks like it’s straight out of Sardinia. Casa del Mar also features upscale bathrooms in the guest rooms, most of which boast hydrothermal massage tubs. Talk about a relaxing hotel stay! 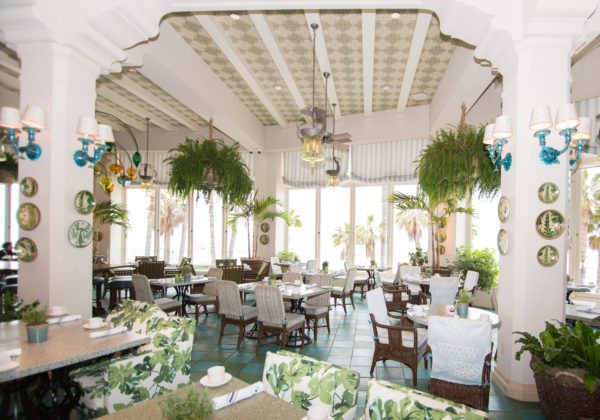 The Loews Santa Monica Beach Hotel boasts that its rooms were designed to “make the most of our coastal location and the laidback lifestyle Southern California is known for.” The hotel creates that vibe with the guest rooms’ signature blue and white carpet, as well as the crisp furnishings and large windows overlooking the beach. There’s no bad view at the Loews Santa Monica! 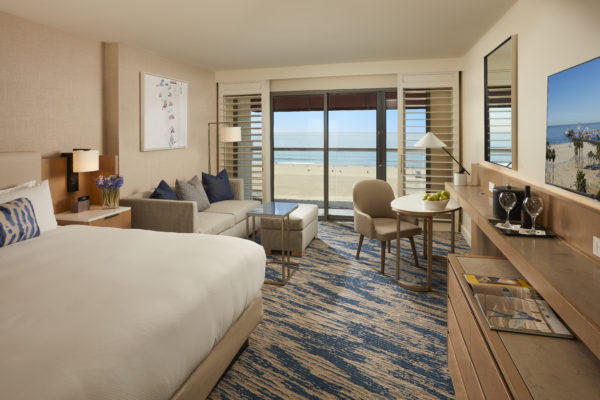 Following a $25 million renovation, Oceana stuns guests with its sleek, contemporary design from interior designer Anna Busta. With a soothing color palette of blues and whites, the hotel evokes inspiration from the beach and ocean, which is just steps away from the serene Ocean Avenue property. The 70 guest suites are adorned with original artwork and photography from LA artists, conversation-starting literature as well as modern amenities. 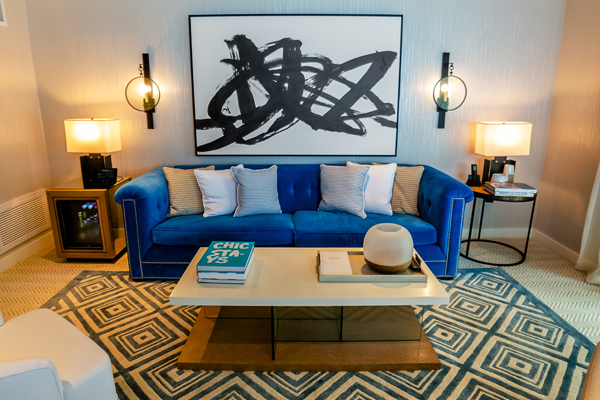 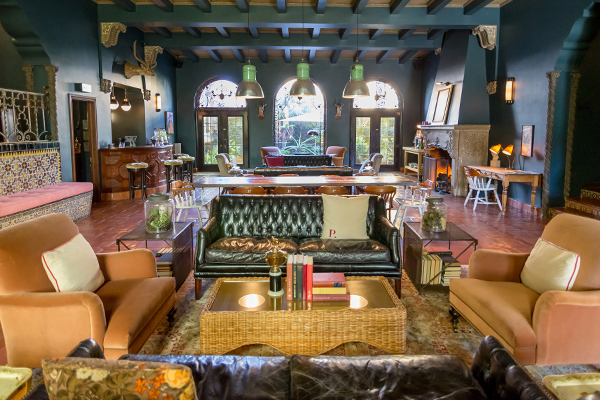 Interior designer to the stars Kelly Wearstler is responsible for the newly opened Santa Monica Proper Hotel. Mixing European mid-century and California sensibilities, she’s conceived a luxurious and elevated hotel look. The 271 warm and earthy guest rooms and suites take cues from the organic tones and textures of the local coastline. Don’t forget to visit the hotel’s restaurants, Calabra and Palma, which don’t disappoint! 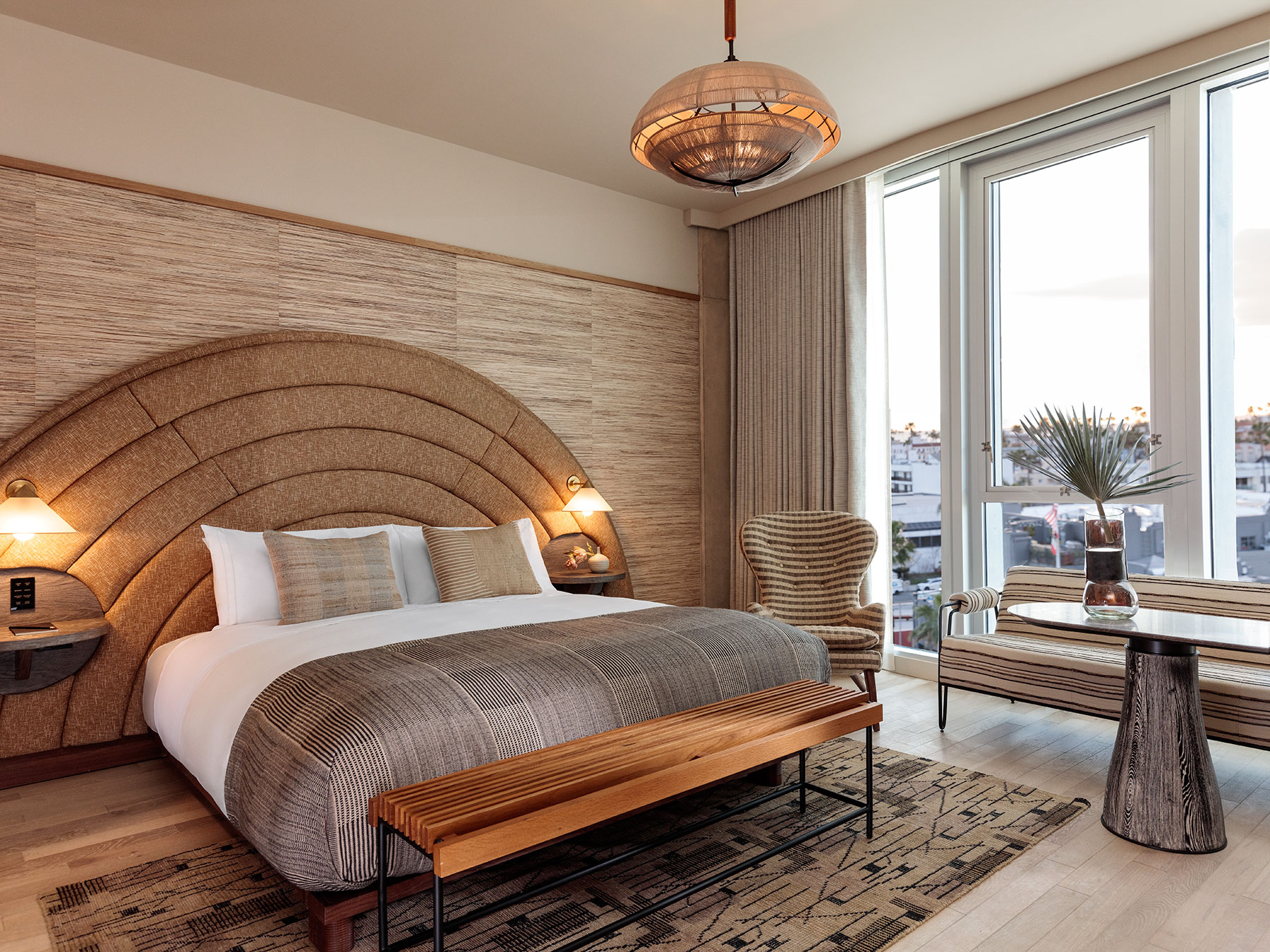 Walking into the contemporary lobby of the Shore Hotel is like stepping into the future. The hotel’s signature orange accents abound and add a beachy element to the surroundings. But what the Shore Hotel is most famous for is its eco-conscious approach to lodging. The property has a solar-heated pool and hot tub, drought-resistant plants, LED-lighting, low-flow shower heads and much more. The Shore Hotel’s motto? “Trading carbon footprints for those in the ocean sand.” 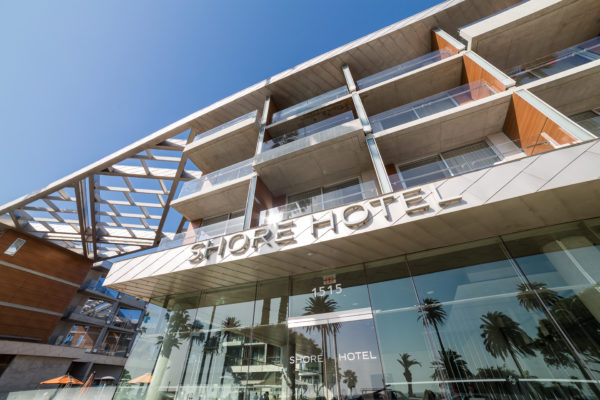 Shutters on the Beach

If you’re looking for the quintessential seaside hotel, Shutters on the Beach is for you. The guest rooms make it feel like you’re staying at the most beautiful and peaceful beach house on the planet. The hotel’s coastal-styled 186 rooms and 12 suites were also designed by world-renowned interior designer Michael S. Smith. (The Obamas picked him to redecorate the White House!) Located on the Pacific, Shutters on the Beach is also home to David Almany’s 1 Pico where the food is just as incredible as the decor. 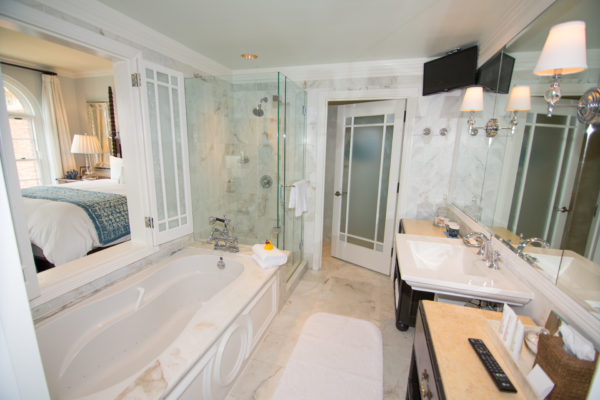 Located steps from the Pacific Ocean, the newly reimagined Viceroy Santa Monica is an icon of the LA beach scene that’s now emerging bolder than ever. Tap into the coastal energy in its all-new poolside spaces. Enjoy seclusion in a poolside cabana, lounge on the outdoor terrace under the shade of palms and work or relax at the wraparound indoor/outdoor bar. Spacious rooms have city or beach views, and there is an onsite fitness center and meeting spaces, too, making the hotel truly the best place for slow days and fast company. 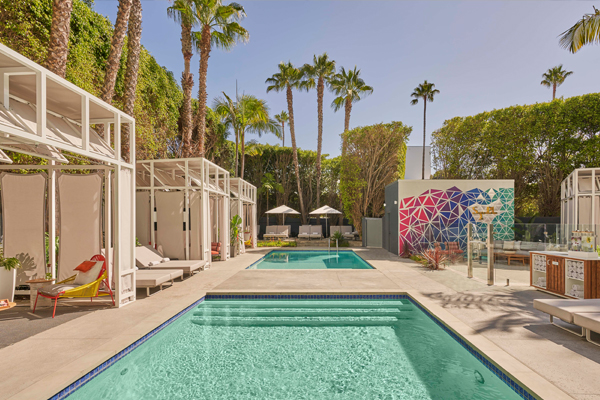