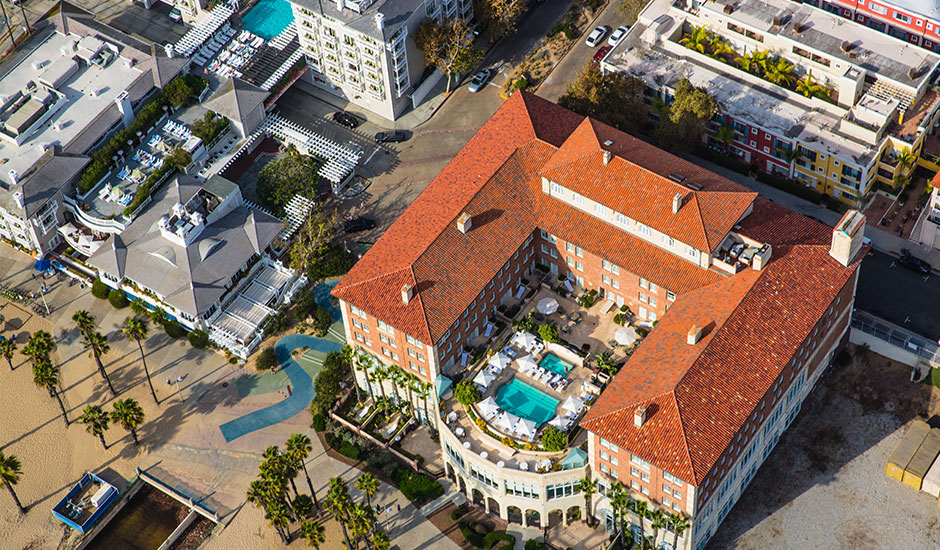 Just a block east, running parallel to the Santa Monica Pier, Pacific Park and Beach, is Ocean Avenue, perched on the coastal bluff overlooking the Pacific Ocean. Here you’ll find some of the most convenient places to stay in Santa Monica, located opposite the Santa Monica Pier and Beach, and just two blocks from the Third Street Promenade. This includes boutique hotels, such as the LEED gold-certified Shore Hotel and those known for their history, and architecture, such as the Art Deco Hotel Shangri-La and The Georgian Hotel or chic Oceana. Hotel rates start from $300 and typically go up from there.

Amidst these higher end boutiques and hotels are smaller, more budget-friendly accommodations, such as the Ocean View Hotel, Bayside Hotel, Sea Blue Hotel, and Ocean Lodge Hotel Santa Monica Beach, all of which are on Ocean Avenue and start around $200 per night. If you’re on more of a budget, the Seaview Hotel (temporarily closed), an Art Deco motel on Ocean Avenue starts at $88 per night. The Cottage, a one of a kind accommodation in Santa Monica, is a four-bedroom cottage that is ideal for families or large groups. Rates start at $2,500 per night. Many travelers say it is one of the most unique places to stay in California.

Downtown Santa Monica begins east of Ocean Avenue and continues for several blocks. While the hotels here are off the beach, some of them still feature great ocean views and easy beach access. Huntley Santa Monica Beach, a luxurious property on Second Street, has one of the best views in the city at its 18th-story restaurant, The Penthouse, which features 360-degree unobstructed views. Rates for The Huntley start around $300 per night. Palihouse Santa Monica is a wonderful example of Mediterranean Revival architecture that dates back to the 1920s and offers uniquely appointed rooms and a sumptuous lodge-like lobby that opens into lush courtyards.

Additional nearby hotels include Cal Mar Hotel Suites and Hotel Carmel, both of which start at about $200 per night and are just off the Third Street Promenade. Set just two blocks from the beach, Hostelling International Santa Monica offers budget-friendly rates in the heart of downtown. The great thing about all of these Santa Monica hotels is that they are within walking distance of most of the area’s best restaurants, bars, and attractions. Other economical accommodations near Santa Monica Boulevard include American Motel.

If you want to get more of a local’s experience in Santa Monica, the Main Street and Ocean Park area located just a few blocks from the beach has a local, artsy feel to it. Stroll the weekly Main Street Farmers Market on Sundays and you’ll likely be rubbing elbows with locals. Many of the Santa Monica hotels here are more budget-friendly. Located directly on Main Street (across from the Sunday farmers market) is the Sea Shore Motel, starting at $125 per night with 20 rooms and 5 suites available. It’s just a few minutes from the beach and the neighborhood’s art galleries, shops and restaurants. 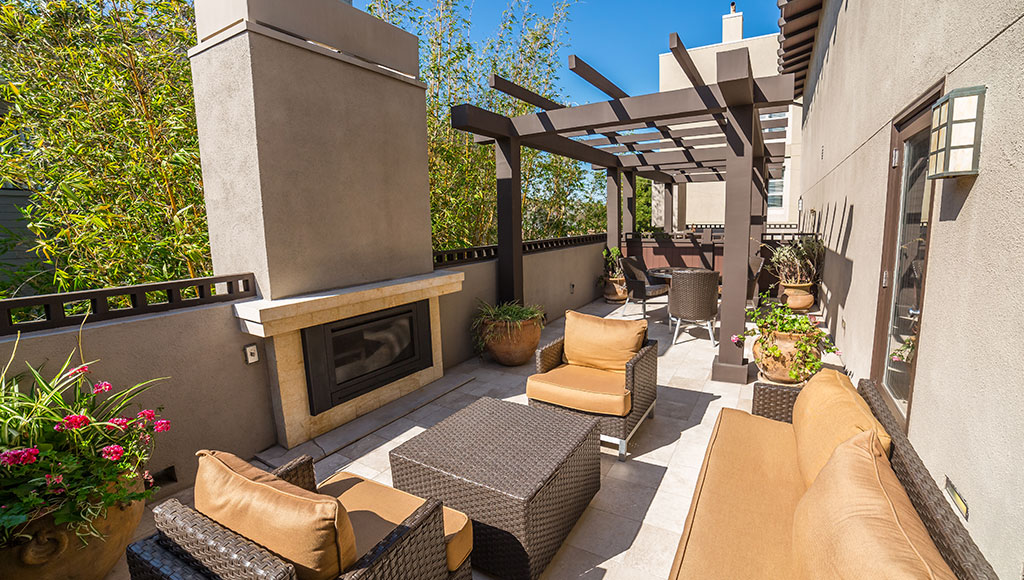 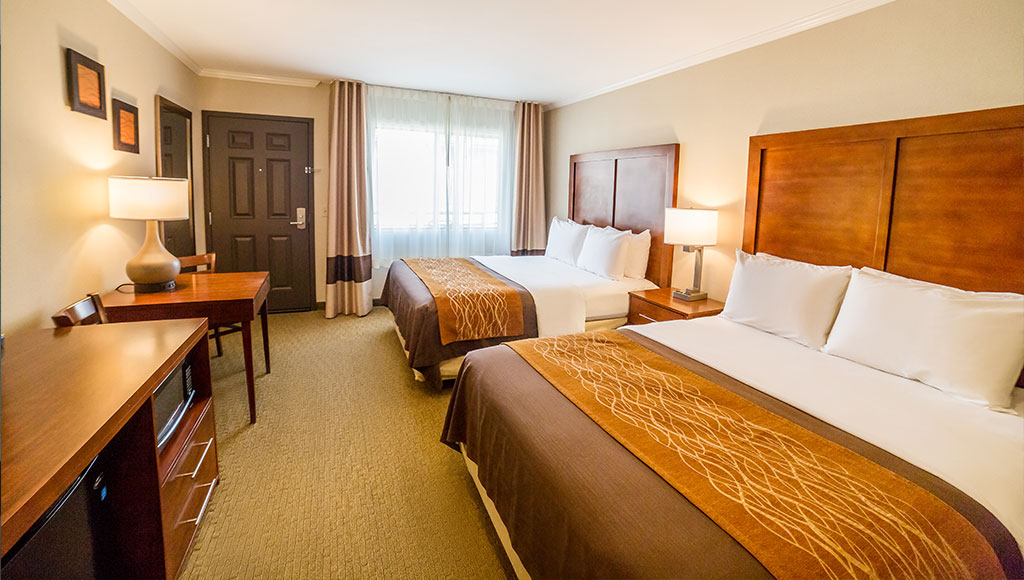 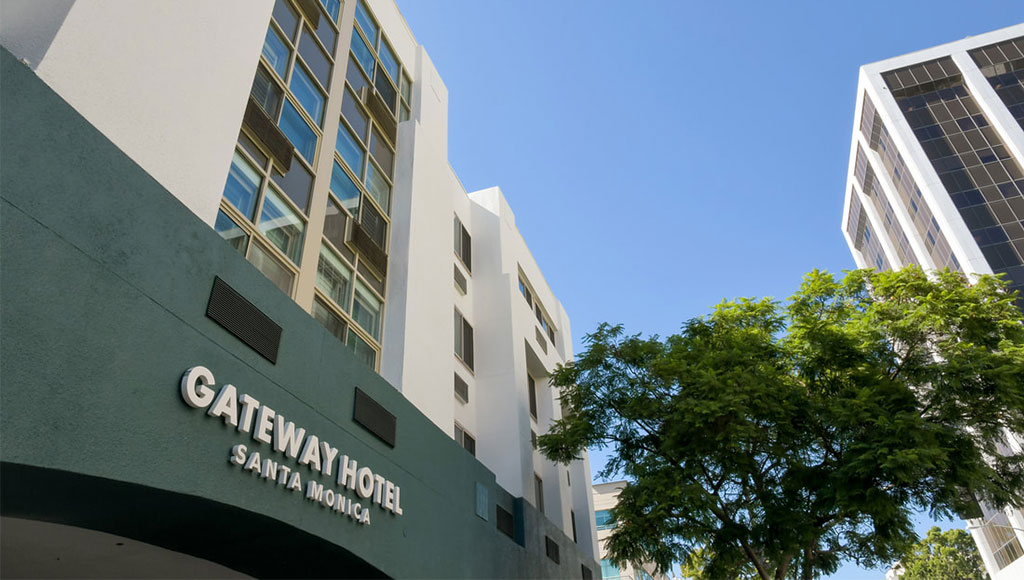 No need to worry about finding a place to stay in Santa Monica even on busy weekends because Pico Boulevard runs from the ocean all the way through Santa Monica’s borders, which means it’s home to a number of accommodations ranging from luxury to budget. This includes the iconic oceanfront Shutters on the Beach featuring an on-site spa, a delicious seafood restaurant and a prime location right on the beach. Just a few blocks from the beach is Le Méridien Delfina Santa Monica, with views overlooking Santa Monica and the Pacific Ocean. As you head inland, you will find budget accommodations including SureStay Hotel by Best Western Santa Monica, Ocean Park Inn as well as more basic hotel options, including Santa Monica Motel, Rest Haven Motel, Palm Motel and Holiday Motel. 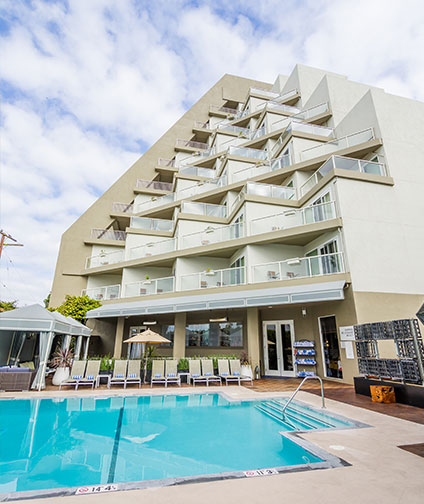 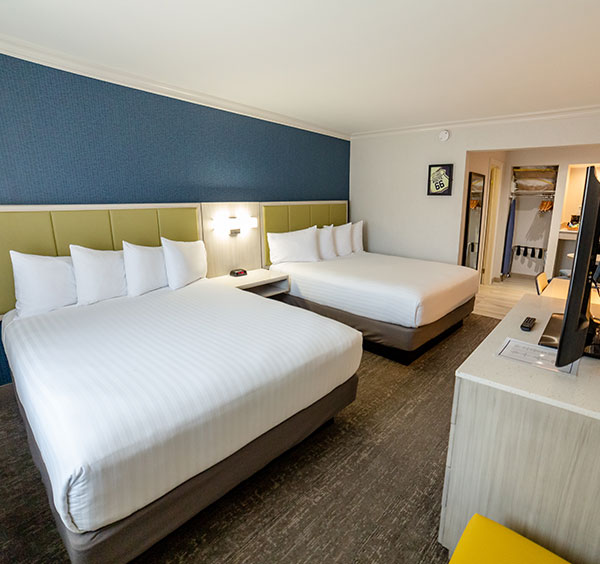 If you are wondering where to stay in Santa Monica on a budget, travelers staying around the Santa Monica Municipal Airport or Santa Monica College find a number of offerings catering to different budget needs. One of the closest is the Pavilions Motel, located within walking distance of the Santa Monica airport and starting at less than $100 per night. A couple of other budget accommodations in this neighborhood include Ocean Park Inn and Ocean Park Hotel, which is located across from the airport. Both start at $100 per night.

On the corner of Ocean Avenue and Wilshire Boulevard, within walking distance to the beach and steps from Third Street Promenade, is the Fairmont Miramar Hotel & Bungalows. Rates start at $300. Just a few blocks down Wilshire Boulevard is Santa Monica Proper Hotel. Designed by Kelly Wearstler, Santa Monica Proper Hotel is a luxury property with 271 rooms, a lobby bar, restaurant, rooftop bar, pool and Surya spa. 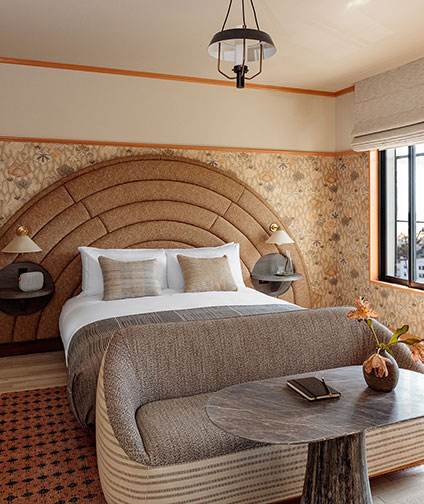 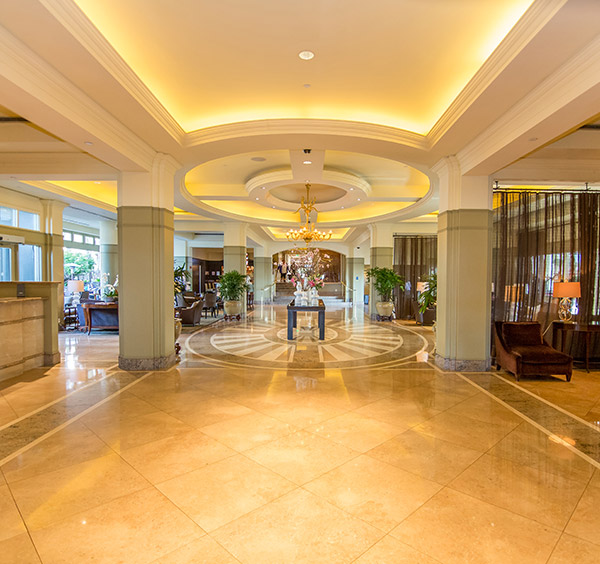 Montana Avenue lines the northern edge of Santa Monica and is known for its upscale boutiques, trendy restaurants and some of the best hotels in Santa Monica.

Research lodging options carefully. Similarly priced properties may offer a vast difference in quality and services. Check references from friends/relatives, your travel agent, review travel guides in bookstores and libraries, study AAA “Diamond” and Mobile Guide “Star” ratings, and ask pertinent questions to the hotel reservations agent. Guest room rates are subject to city taxes, fees, and assessments and are subject to change without notice. Upon arrival at your hotel, you have the right to inspect your room before you accept it. Report problems to City of Santa Monica, City Attorney Office for Consumer Affairs, 1685 Main Street, Santa Monica, CA 90401; 310-458-8336. 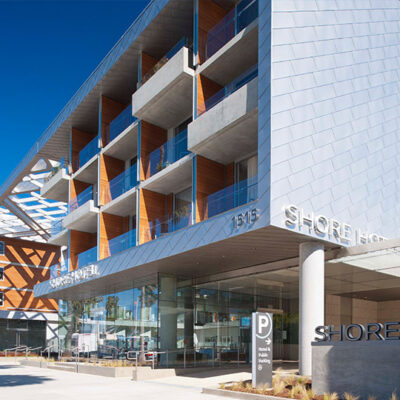 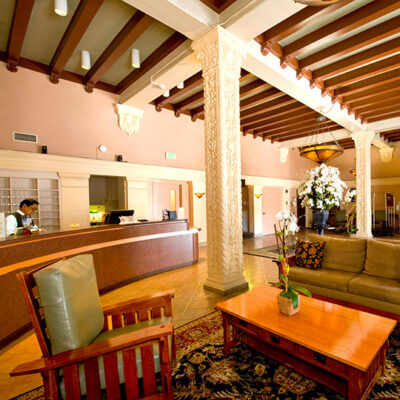 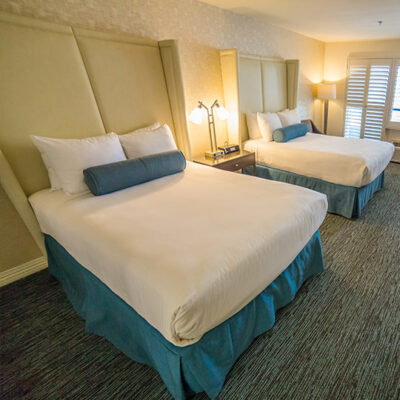 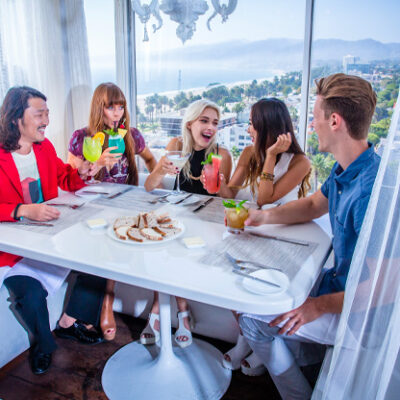