Santa Monica is a city so rich in history, culture, and activity that there are tons of quirky facts about it that even locals might not know! Here’s a list of some of the more eccentric and less recognized information about beautiful, sunny Santa Monica.

Did you know that Elzie Crisler Segar created the Popeye comic in Santa Monica in 1919? Legend has it that when Segar was living in Santa Monica, he befriended Olaf Olsen, a Norwegian sailor he met on the Santa Monica Pier. It’s believed that Olsen was the real-life inspiration for the famous comic book character Popeye. However, whether or not Olsen ate a lot of spinach is still a topic up for debate.

Santa Monica is also home to the Dogtown Movement of extreme skateboarders (immortalized in the documentary “Dogtown and Z-Boys”). While the influential Z-Boys were initially surfers, the group began skateboarding to practice their board moves. They quickly became full-time skaters and were constantly spotted on their boards throughout the city. It’s because of them that skateboarding went from a local hobby to a nationwide pastime.

While indoor volleyball originated in 1895, people in Santa Monica decided to take the sport outdoors in the early 1900’s and thus beach volleyball was born. Nets and courts began popping up on beaches along the Pacific Ocean and the sport soon became immensely popular, especially during the Great Depression. Today, beach volleyball is played by millions of people and is a mainstay of the Summer Olympics. 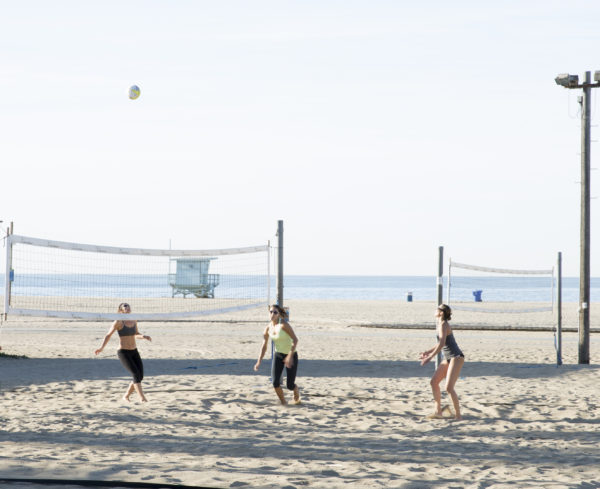 Los Angeles and Santa Monica pride themselves on being extremely eco-friendly. It’s no surprise that the first solar-powered Ferris wheel is located on the Santa Monica Pier at Pacific Park. The wheel made its debut spin in 1996 and has since been redesigned to feature 174,000 LED lights. The ride is so green that it even goes dark every year to celebrate Earth Hour.

It’s no secret that Northern California is home to Silicon Valley. But, few people know that Southern California has its very own version of a tech territory. Down here, it’s called Silicon Beach and it’s in Santa Monica where such start-up companies as YouTube, Hulu, Tinder, and Headspace have all set up shop. Other tech companies like Facebook, Google, and Yahoo have since opened satellite offices nearby. Because, seriously, nothing can be more inspiring when creating innovative technological advances than being so close to the beach!

While Silicon Beach is still a relatively new area of industry for Santa Monica, the video game world has been here for a long time. Giant gaming companies like Activision, Playstation, Naughty Dog, and Treyarch are all headquartered in the city by the sea. This means games like Call of Duty, Guitar Hero, the Tony Hawk’s series, and Star Citizen were all created in Santa Monica. 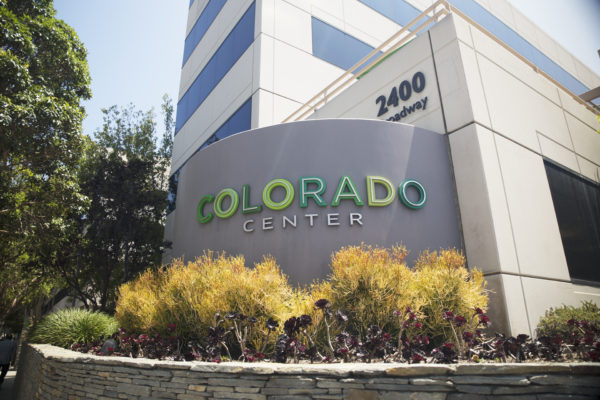 You might be familiar with the Aero Theatre that sits pretty on Montana Avenue. With double-feature events as well as classic film showings, the theater is a Santa Monica landmark. But, did you know that it was originally built in 1939 to be a 24-hour continuous movie theatre for the aircraft workers who worked shifts around the clock at a nearby facility? Laborers were working double time for the war effort so, as a break, they could stop by the Aero and take in the newest Hollywood fare.

Located on Ocean Avenue is a six-acre urban oasis known as Tongva Park designed by architect extraordinaire James Corner, the brains behind the creation of New York’s High Line Park. Tongva Park features an amphitheater, fountains, a playground, and plenty of picnic areas that both locals and visitors love. The stunning views of the Pacific aren’t too shabby either. 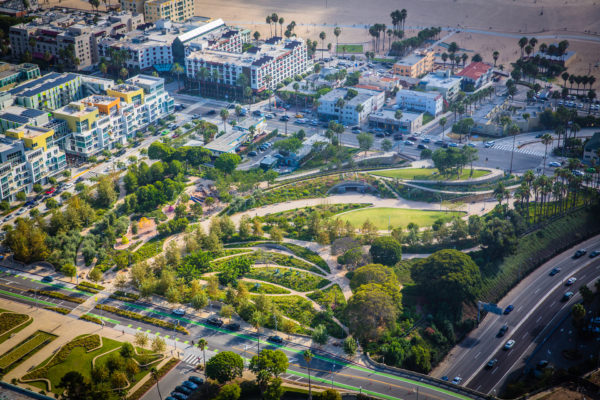 Last but not least, Santa Monica is making its name in the art world. The beach city currently has the second largest collection of galleries per square foot in America (after New York City). Bergamot Station, a true hub for art, houses 30 galleries. 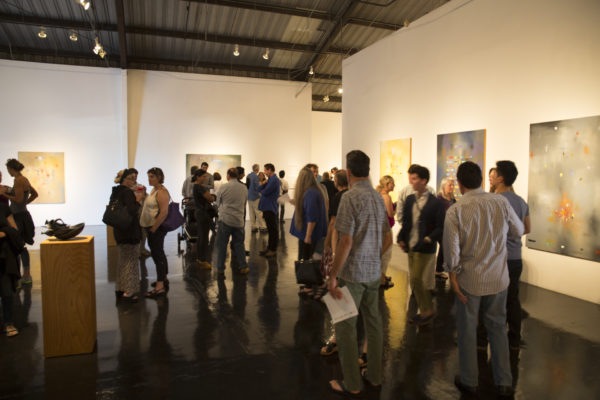