Calling all history buffs! If you love visiting and learning the stories behind famous landmarks, Santa Monica is the perfect destination for you. Here’s a list of some of the most spectacular and memorable structures in Santa Monica, many of which are on the National Register of Historic Places.

Max Maltzman combined many different architectural styles when he built the Charmont Apartments in 1928. A mixture of Mission Revival, Spanish Colonial Revival, and Art Deco (also known as Med-Deco), this complex features 86 units surrounding a gorgeous courtyard and fountain and people continue to live there today! 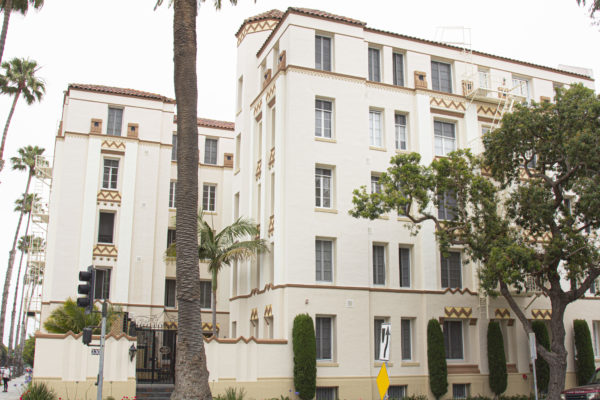 With an eye-catching turquoise exterior, The Georgian Hotel is one of the most colorful buildings in all of Santa Monica. Attorney and Judge Harry J. Borde created this Romanesque Revival and Art Deco building in 1933. The Georgian Hotel wasn’t just a hotel; the basement was originally used as a speakeasy during the Prohibition Era. The hotel is still functioning, so you can stay in this slice of history. 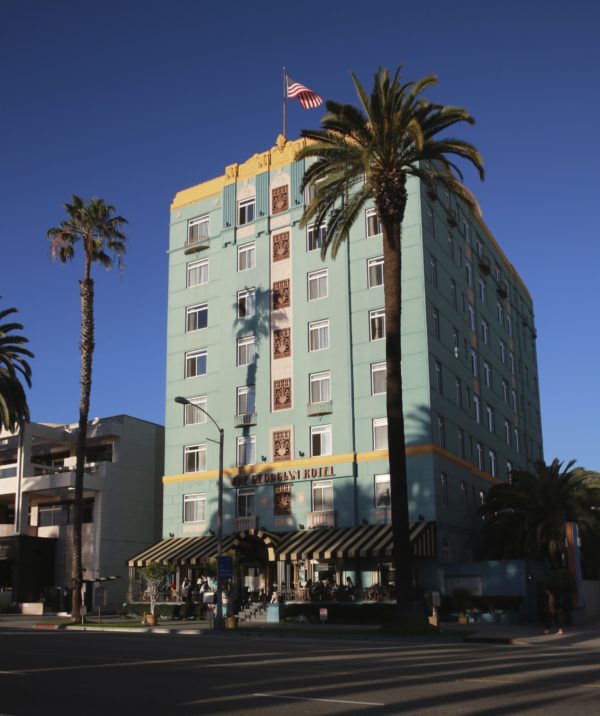 The Henry Weaver House is a classic Craftsman-style bungalow located on a residential street off Ocean Avenue. The house was designed by the Milwaukee Building Company (which is also responsible for TCL Chinese Theatre, formerly known as Grauman’s) and features stunning beach views. At more than 100 years old, the Henry Weaver House is also one of the oldest structures in Santa Monica. 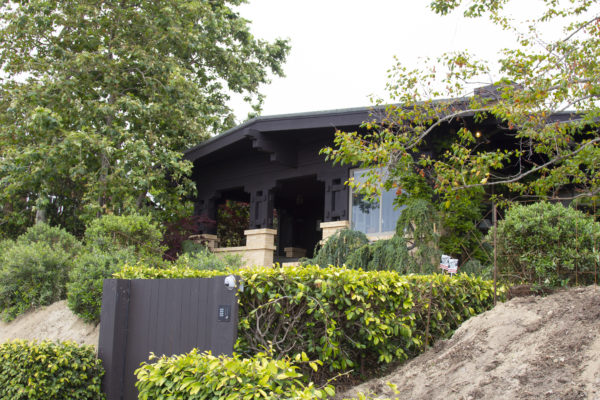 Horatio West Court was one of the first apartment complexes of its kind, though the style has since spread through the Los Angeles area. Constructed by Irving Gill in 1919 at 140 Hollister Avenue, the complex pays homage to the Mission Revival style and features a path with attached houses on both sides. 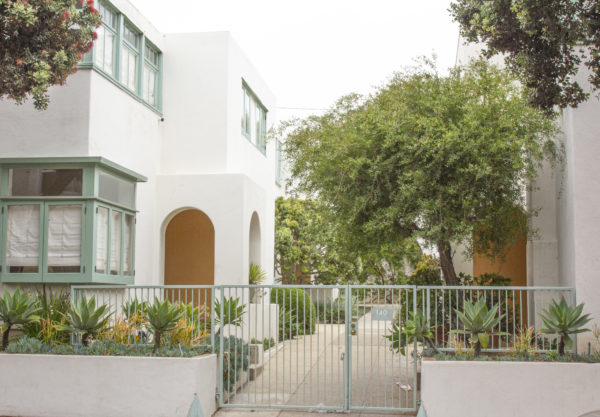 One of the most-visited Santa Monica landmarks is the beautiful Looff Hippodrome on the Santa Monica Pier. Erected in 1916 by legendary woodcarver Charles I.D. Looff and his son Arthur, it’s been the home to the Santa Monica carousel ever since. The building has undergone several renovations over the years but still maintains its original early 20th century charm. It even made a cameo in the Oscar-winning film The Sting. 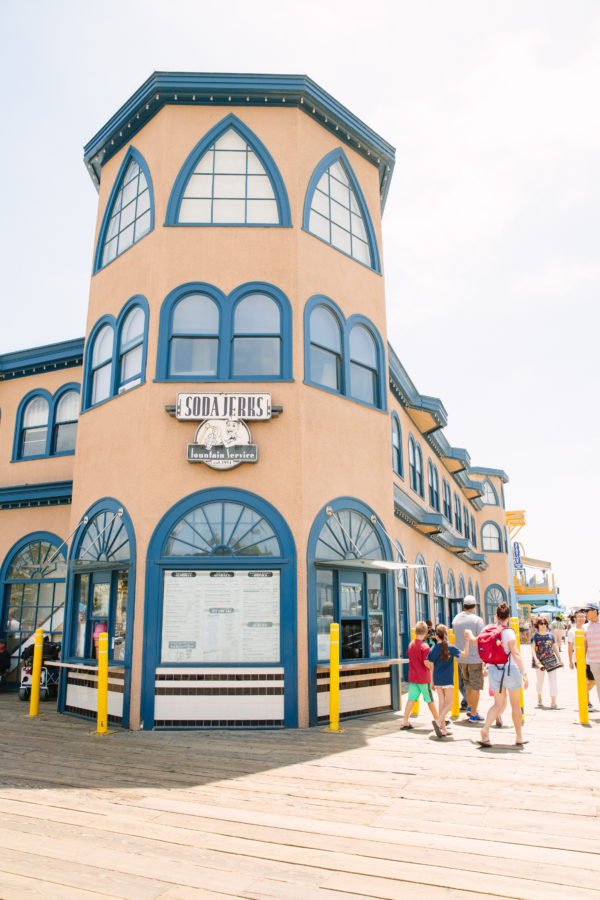 William Randolph Hearst and his mistress, Hollywood actress Marion Davies, were the owners of an estate on the Santa Monica coast in 1929. While the Julia Morgan-designed Georgian Revival mansion was torn down in the 1950’s, the 7,000-square-foot Marion Davies Guest House remains intact along with the original mosaic and marble swimming pool. The location is now home to the Annenberg Community Beach House, and the Guest House offers free tours Fridays through Mondays. 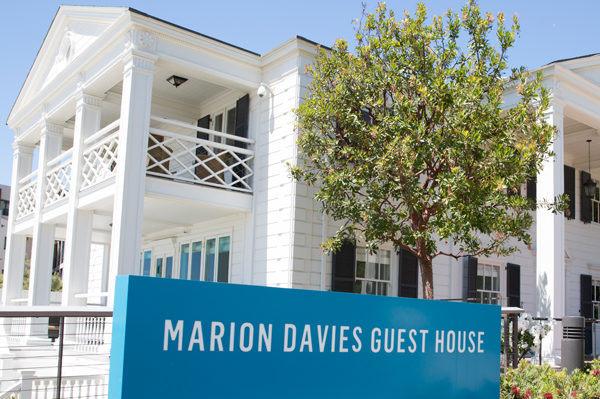 At the corner of Main Street and Pier Avenue sits the Spanish-style Parkhurst Building, built in 1927. Norman F. Marsh designed the finial-clad landmark and named it after Clinton Gordon Parkhurst, who was only 20 years old when he became the mayor of Venice in 1912. 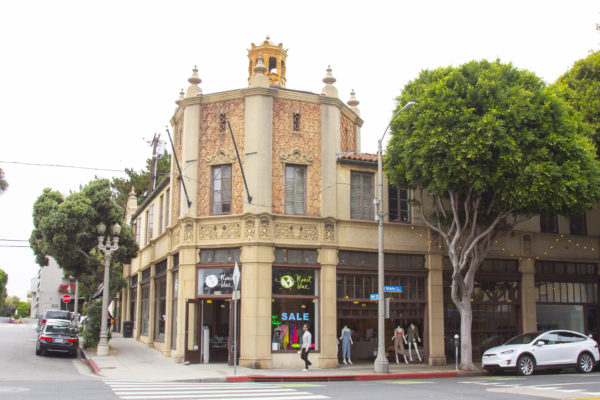 The Santa Monica Pier might look newer with its high-tech rides and arcade games but the park is actually more than 100 years old. Originally opened in 1909, the pier was first used solely to transport sewer pipes. It wasn’t until 1916 when the Pleasure Pier opened (which had the Looff Hippodrome on it) that the spot became a hub of activity. It’s now one of the most recognizable parts of Santa Monica and has been featured in dozens of movies, TV shows, and music videos. 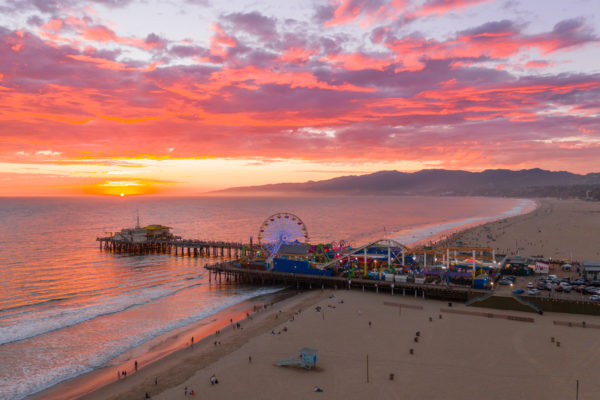 While the Sovereign Hotel was once a functioning hotel, it’s now a 130-unit apartment building on Washington Avenue. Just steps from the Pacific Ocean, this grand, five-story Mission Revival and Spanish Colonial Revival building was constructed in 1928 by Kurt Meyer-Radon and the Anglo American Building Company. Like the Charmont Apartments, the Sovereign Hotel still has tenants. 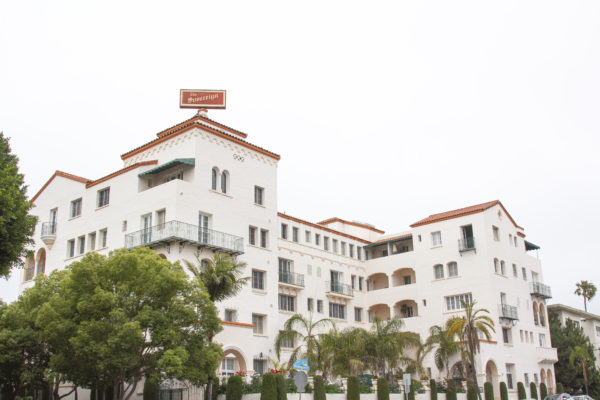 On a block with mostly contemporary buildings sits the Wilshire Theatre, built in 1930. Constructed by John M. Cooper in an Art Deco meets Greek Modern style, the theatre is currently inactive with the owner planning to renovate the interior. However, since the space recently became a designated landmark, the exterior will luckily remain unaltered in all its beauty. 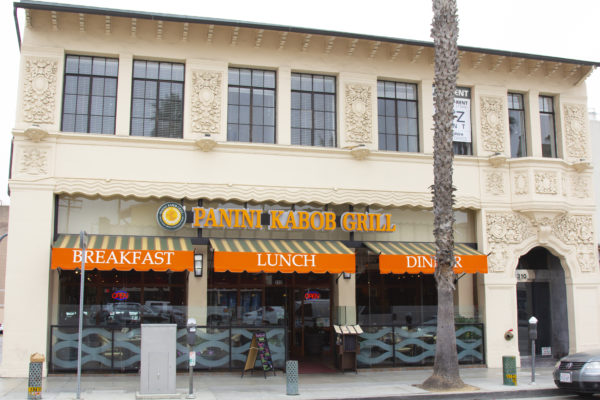