The Best of Late Night in Santa Monica

Santa Monica is full of activity when the bright California sun shines on it during the day. But, nights in this vibrant city are equally exciting with a wide range of hot spots staying open into the wee hours. Here’s a list of places to check out if you’re up late and looking to experience the Santa Monica nightlife.

For a taste of Prohibition-era charm, look no further than The Basement Tavern (temporarily closed). This speakeasy hotspot inside The Victorian has plenty of activity throughout the week. Mondays are ‘90s nights, there’s often live-band karaoke and musical acts are always on the schedule. Additionally, libations like the Shnozberry Spritz and Faithfully Yours are to-die-for. Happy hour runs from 5pm-8pm Tuesday through Saturday, and all-night happy hour goes from 5pm-2am on Sunday and Monday.

Hitting the dance floor at The Buffalo Club is a must if you’re visiting Santa Monica. On weekends, the fine-dining establishment transforms into one big party. The music and atmosphere can draw a crowd, so it’s best to get there early. Need a beverage break while dancing? Be sure to order a Hemingway Daiquiri at the bar.

In the mood to dance the night away? Visit Senator Jones at Wilshire Blvd and 21st St. This neon-lit 5,000-square-foot club has incredible DJs spinning a wide assortment of music until the wee hours. Plus, the cocktails are not to be beat. Come on Tuesday nights for Salsa and Bachata dance lessons, then stay on the dance floor until the tunes stop playing at 2am.

When you think of 24-hour joints, delis may not come to mind. But, Izzy’s Deli is sure to change that. This New York-style deli opened in 1973 and has an extensive menu with everything from egg salad to mozzarella sticks to blintzes. Because, seriously, there’s nothing better to eat at 2am than a bowl of hearty matzo-ball soup.

Mel’s Drive-In is a throwback to old Hollywood. Stepping inside this vintage eatery feels as if you were transported to the 1970’s. With classic diner fare on the menu, Mel’s operates until 2am Sunday through Thursday, and on Fridays and Saturdays it’s open 24 hours. Because this is Los Angeles, the restaurant even features a juice and smoothie bar complete with wellness shots. 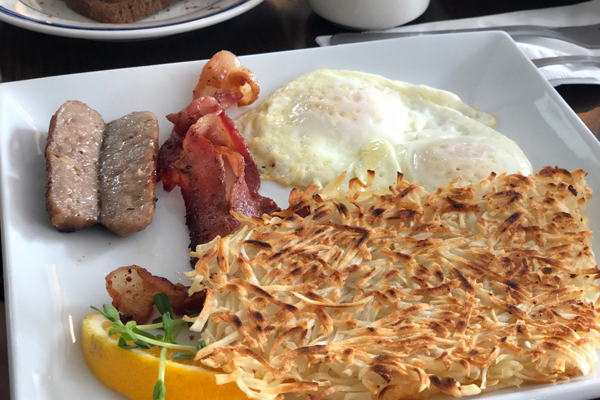 No matter what time of day, the Santa Monica Pier is constantly abuzz with activity. If you’re looking to take a stroll down this beachside landmark, you can do so any time since the area never technically closes. However, Pacific Park, which includes the midway games and rides, is open until midnight on Friday and Saturday nights. 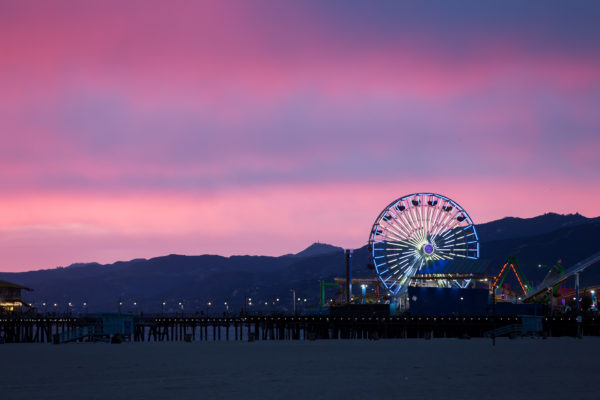 The Third Street Promenade is another area that never actually shuts down. Most stores are open until 9pm with restaurants serving food until 10pm. Want to keep the party going? You can stop into Barney’s Beanery and order burgers and beers all the way until 2am.