When you walk the streets of Santa Monica, California and think, “that looks familiar,” there’s a good chance you’re looking at a shooting location for a major Hollywood film. Several iconic movie moments took place in the city’s restaurants, buildings and streets. Since the ‘60s, these Santa Monica locations have appeared in movies both classic and modern, including these well-known flicks:

“I ran clear to the ocean,” said Forrest Gump (Tom Hanks) in the 1994 Academy Award-winning movie of the same name. In the film, Gump pauses his long journey at the Santa Monica Pier; he looks out across the ocean before deciding to “turn around and keep going.” In addition to that beautiful ocean view, the Pier boasts an amusement park and outdoor events in the summer, and a most-stop lunch spot for film-lovers: Bubba Gump Shrimp Co., the film-inspired seafood restaurant chain. 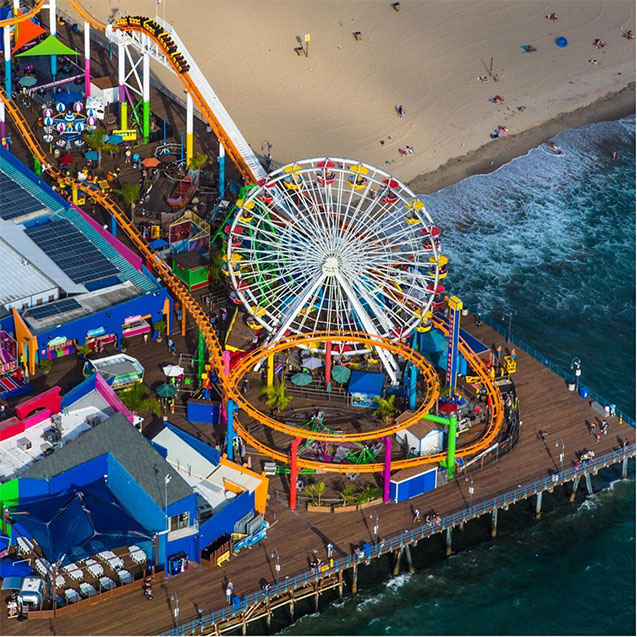 Trinity House in Father of the Bride

Two different churches provided filming locations for the pivotal wedding scene in the 1991 movie Father of the Bride. While exterior shots took place in San Gabriel, the gorgeous Trinity House was the filming location for all interior church scenes. Now a branch of the Vintage Church, this location lets you immerse yourself in that iconic wedding scene at 1015 California Avenue in Mid-City.

On the Santa Monica Pier, the Looff Hippodrome – a National Historic Landmark – appeared in several movies, most famously the 1973 crime caper The Sting, where it matched the film’s Depression-era Chicago setting. Henry Gondorff, played by Paul Newman, lives in the Hippodrome and operates its beautiful carousel, built in 1922 by Charles Looff, who had earlier built Coney Island’s famous carousel. 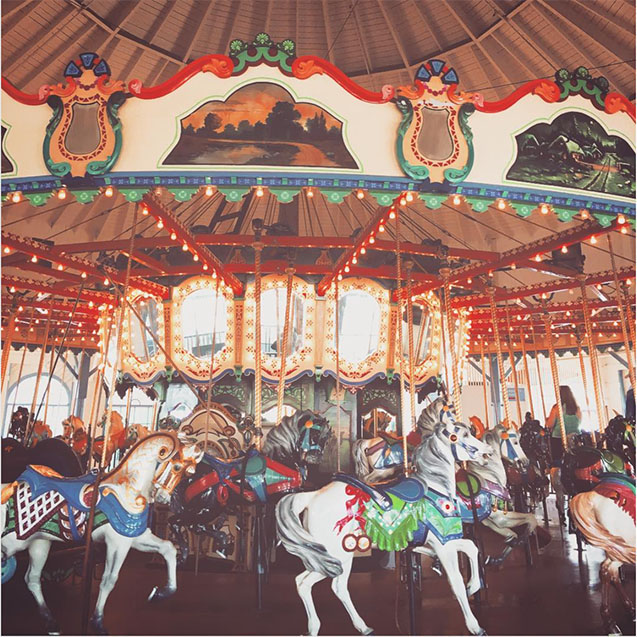 Visit O’Brien’s Irish Pub and Restaurant for good beer, hearty Irish fare and great craic. Whatever you do, though, don’t spill salsa down the front of your shirt – unless you want to relive that cringe-worthy movie moment from the 1996 comedy The Truth About Cats and Dogs, when Janeane Garofalo’s character sat in O’Brien’s and did just that.

Swingers Diner in Knocked Up

In the 2007 comedy Knocked Up, Alison Scott (Katherine Heigl) and Ben Stone (Seth Rogen) have their awkward “morning after” breakfast at this classic American diner. Granted, their date didn’t go too smoothly, but the breakfast menu at the retro-cool Swingers Diner – made with organic eggs and offering many vegan options – should still tempt you inside. 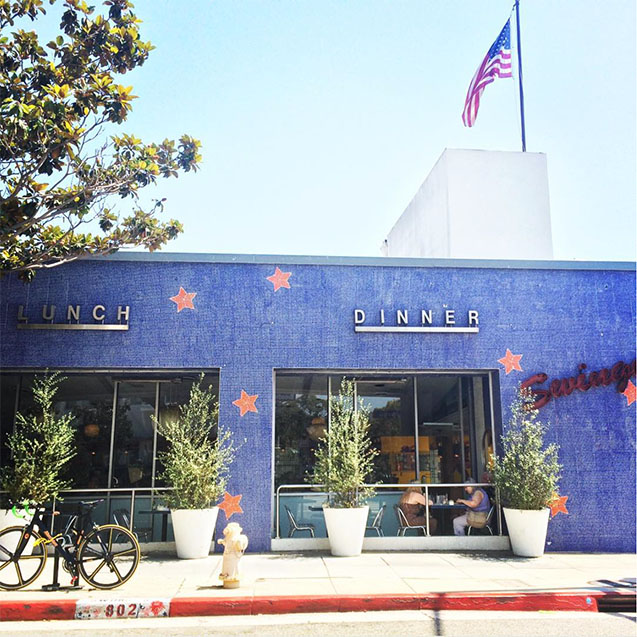