To see the murals that are in the Wilshire Boulevard neighborhood, scroll down or view the Google map of locations. 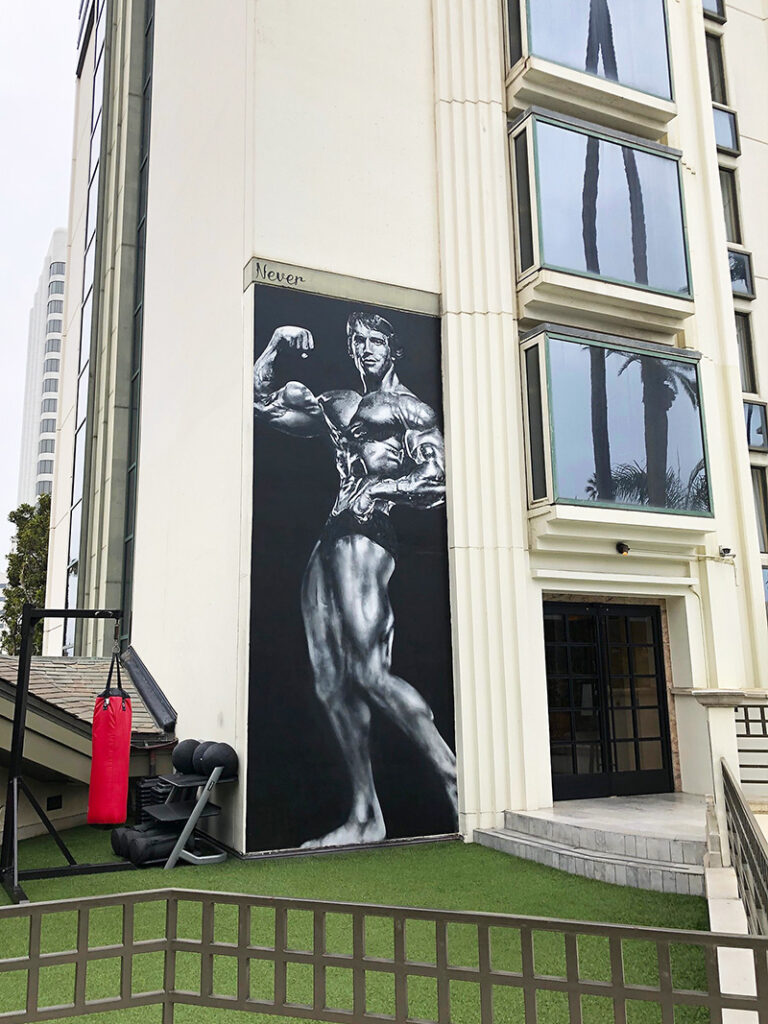 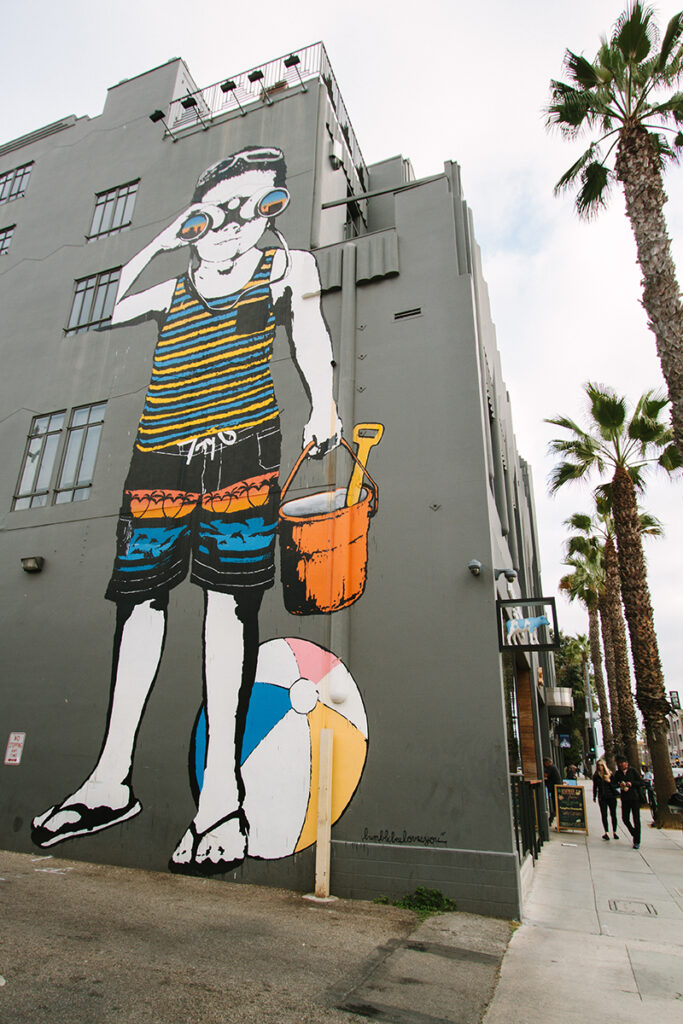 Beach Day by Bumblebeelovesyou
Mendocino Farms, 631 Wilshire Blvd
I was inspired by the proximity of the building to the beach. Although close, there is still a good walk to conquer to get to the water. It reminded me of when I was a kid and I would try to stand tall enough to see the ocean from the sand. With all my beach essentials in hand, the journey began. I wanted to capture this feeling of excitement and sense of freedom we all enjoy when we go to the beach. The idea was to create an image of a kid with binoculars measuring 50-feet tall, standing facing the ocean with beach essentials on hand. – Bumblebeelovesyou 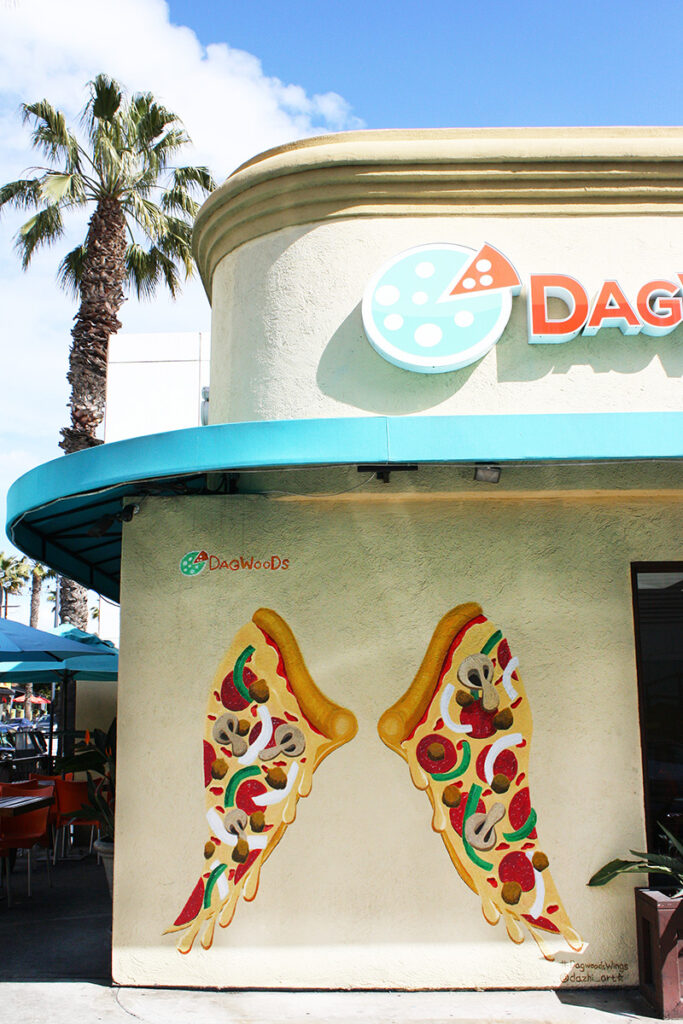 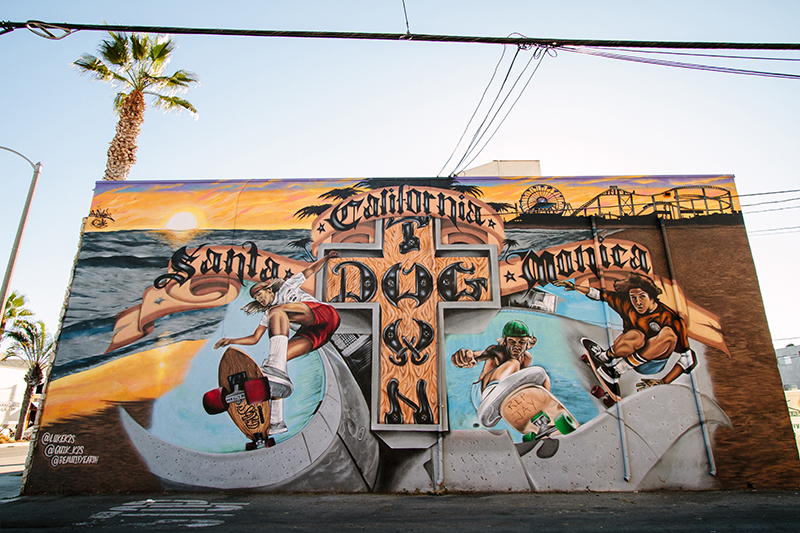 Dogtown by LUKE K2S & QUIK K2S
Plaza Cleaners, 1011 Wilshire Blvd
The walls were provided by the Beautify Earth organization and the idea was given to us by the wall owner. Luke put together both murals and Luke and myself painted them. We’re both born and raised Santa Monica locals. Both Luke and myself started off as graffiti artist and graduated into doing murals, tattoos and fine art. – Jon “QUIK” Cornejo

Together We Can by Ruben Rojas
Rustic Canyon, 1119 Wilshire Blvd 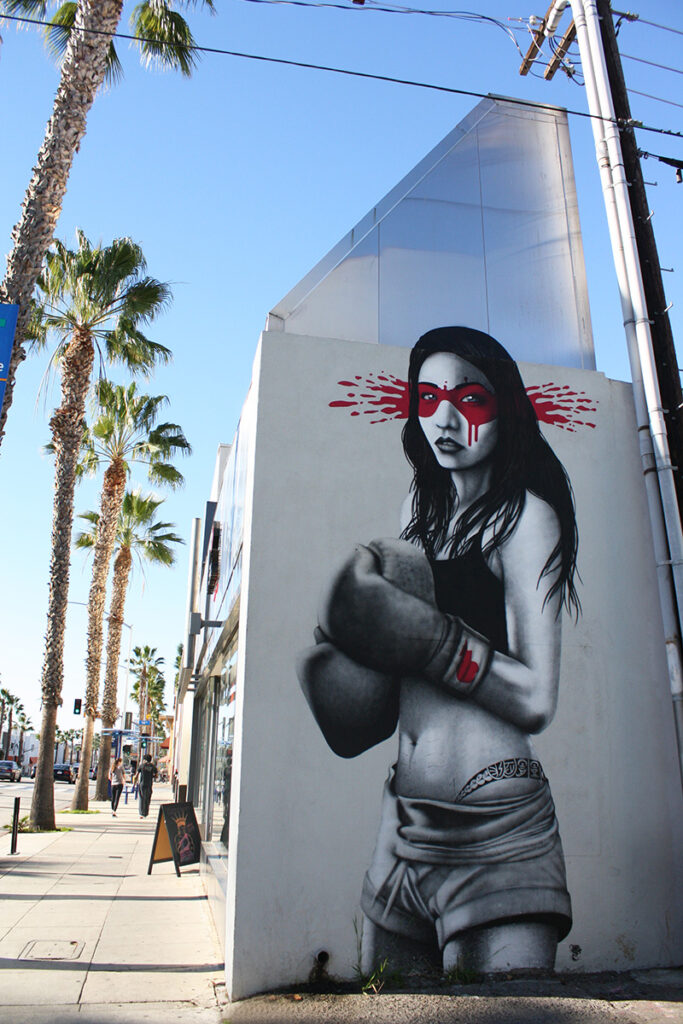 Kid Gloves by Fin DAC
Gloveworx, 1415 Wilshire Blvd
This piece was painted for my friends who own Gloveworx. I did it while I was preparing for my solo show in Venice in 2015. It features one of my most popular muses: Meghna Lall. – Fin 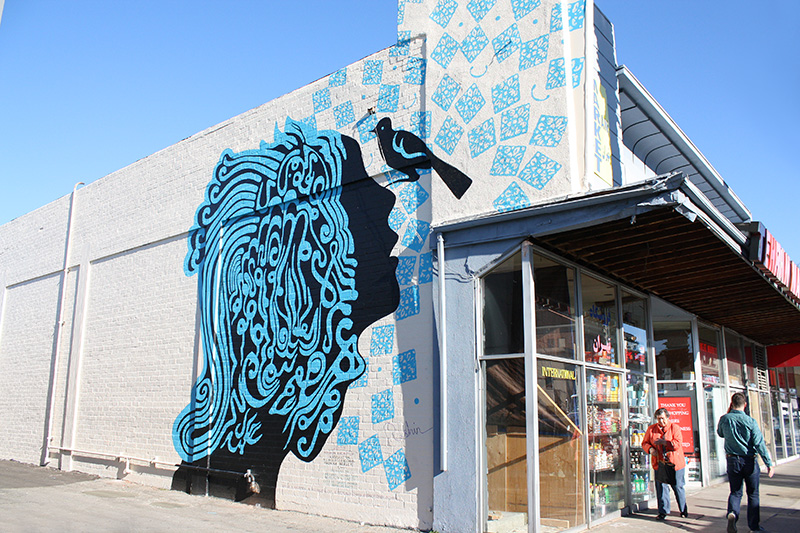 Mural by Rashin Kheiriyeh
Tehran Market, 1417 Wilshire Blvd
“A Persian Girl” is my self-portrait. I got inspired by Rumi’s poems, the 13th century Persian poet. I decided to design an Iranian girl with Farsi Calligraphy (Persian poetry) as her hair and a little bird sitting on her nose singing a song. While working on the concept, I tried to blend Persian calligraphy from my Iranian heritage and incorporate it with modern abstraction and design. For the background, I was inspired by traditional Persian paintings and pattern design. I used turquoise color that you can find widely used in traditional Iranian art and architecture – specifically in the tiling of the mosques in the city of Isfahan. I really wanted to invite people to see the beauty of Iran in Poetry and Art. – Rashin 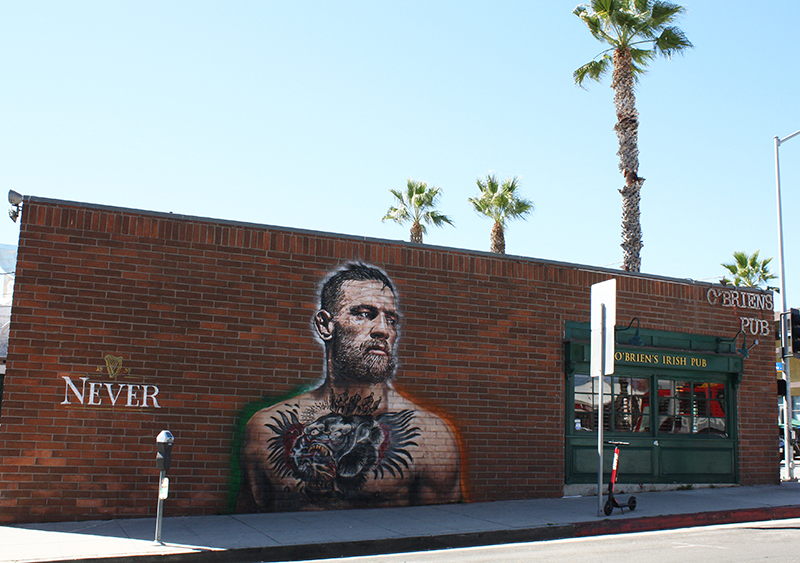 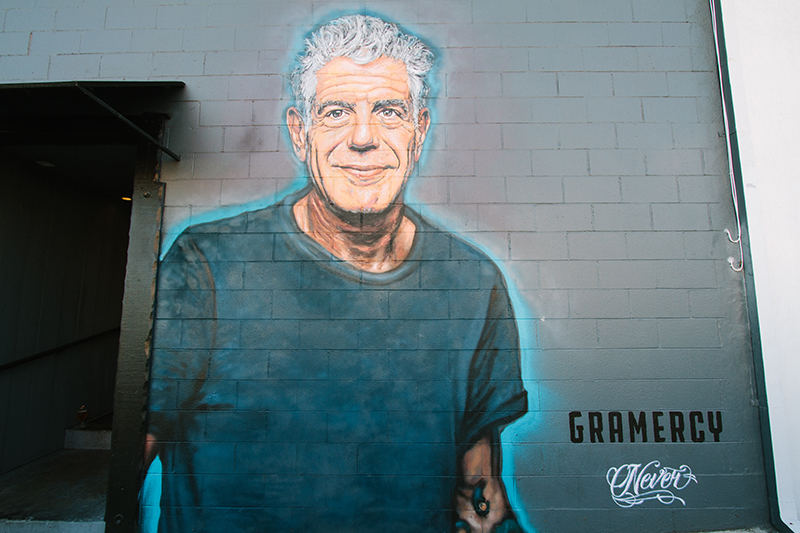 Anthony Bourdain by Jonas Never
2460 Wilshire Blvd
This mural is a tribute to Anthony Bourdain, celebrity chef, author and TV personality, who passed away in June 2018. The 13-foot-tall mural was completed in two days. 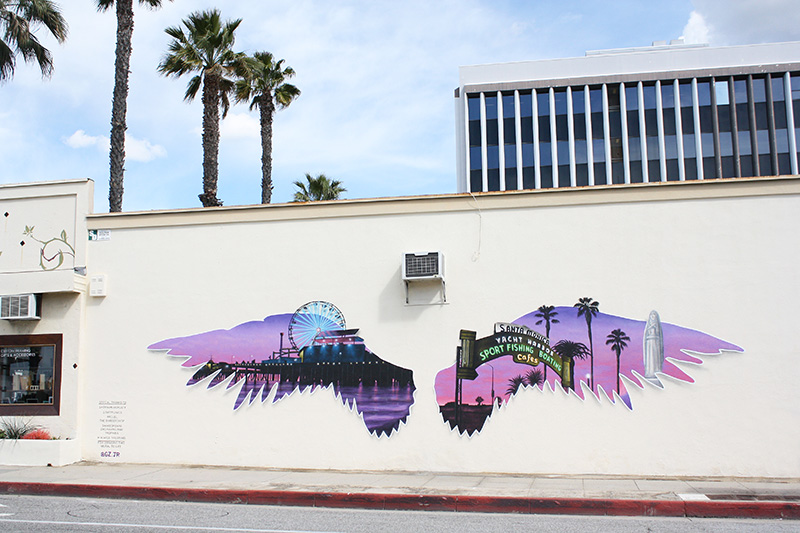