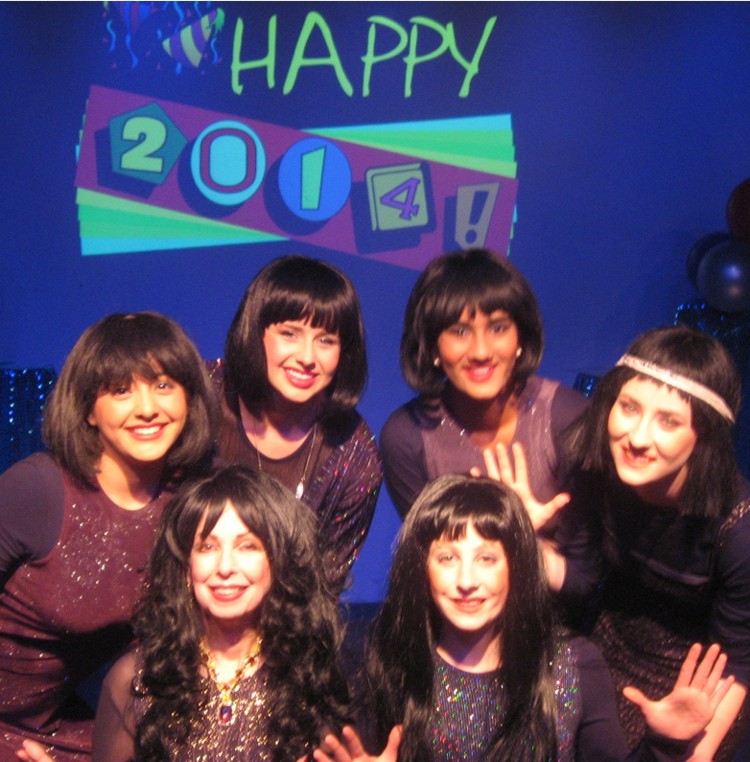 “One of the Ten Best New Year’s Eve Events in LA” raves LA Weekly. “11 Best New Year’s Eve parties and events in Los Angeles!” exclaims the Daily News. A scrumptious and sumptuous complimentary buffet supper starts off the evening, then it’s “on with the show!” as internationally acclaimed Actors’ Repertory Theatre brings you a highly entertaining, family-friendly Rudie-DeCarlo musical revue, with prizes, sing-a-long songs, dancing in the aisles, humor and other delights culled from over 5 decades of audience favorite Santa Monica Playhouse productions. From finger-snapping 40s jazz to foot-stompin’ country rock, Jewish patter songs to romantic ballads, this show has it all! Add champagne, non-alcoholic sparkling apple juice, hats, tiaras, noisemakers, leis, streamers and special surprises and you have a not-to-be-missed New Year’s Eve celebration. “A company that knows what its audience expects from an evening of theatre!” hails L.A. TIMES. The 9:30 show features a midnight meet ’n’ greet and dancing with the cast. The early-bird 6:00 pm celebration offers everything that the later show does and is a great way to celebrate New Year’s Eve with the entire family, letting the kids have a real New Year’s Eve treat, and get home at a reasonable hour, or kick off an evening of after-theatre dining and celebrating. Directed by Arthur R. Tompkin with Graham Silbert, this year’s annual New Year’s Eve event features Actors’ Repertory Theatre members Mira Baum, Kate Burleigh, Chris DeCarlo, Nima Ghassemian, Adya Mohanty, Evelyn Rudie and Silbert joined by guest artists Kristin Folk and Nicole Cleveland, with songs by Rudie, Matthew Wrather and Emery Bernauer. Playhouse New Year’s Eve festivities are among the most popular in town, and shows sell out fast, so book early to avoid disappointment. Help the Playhouse usher in 2016 and its 56th anniversary of continuous theatrical and educational services to the community. “The Playhouse is truly a gem in this city, and visiting it should be at the top of everyone’s to do list!” DAILY BRUIN. Ask about special discounts for groups of 8 or more! Santa Monica Playhouse is supported in part by the Los Angeles County Board of Supervisors through the Los Angeles County Arts Commission, by the City of Santa Monica and the Santa Monica Arts Commission, and by U.S. Bank. Thursday, December 31, 2015 – two performances only – 6:00 PM and 9:30 PM.