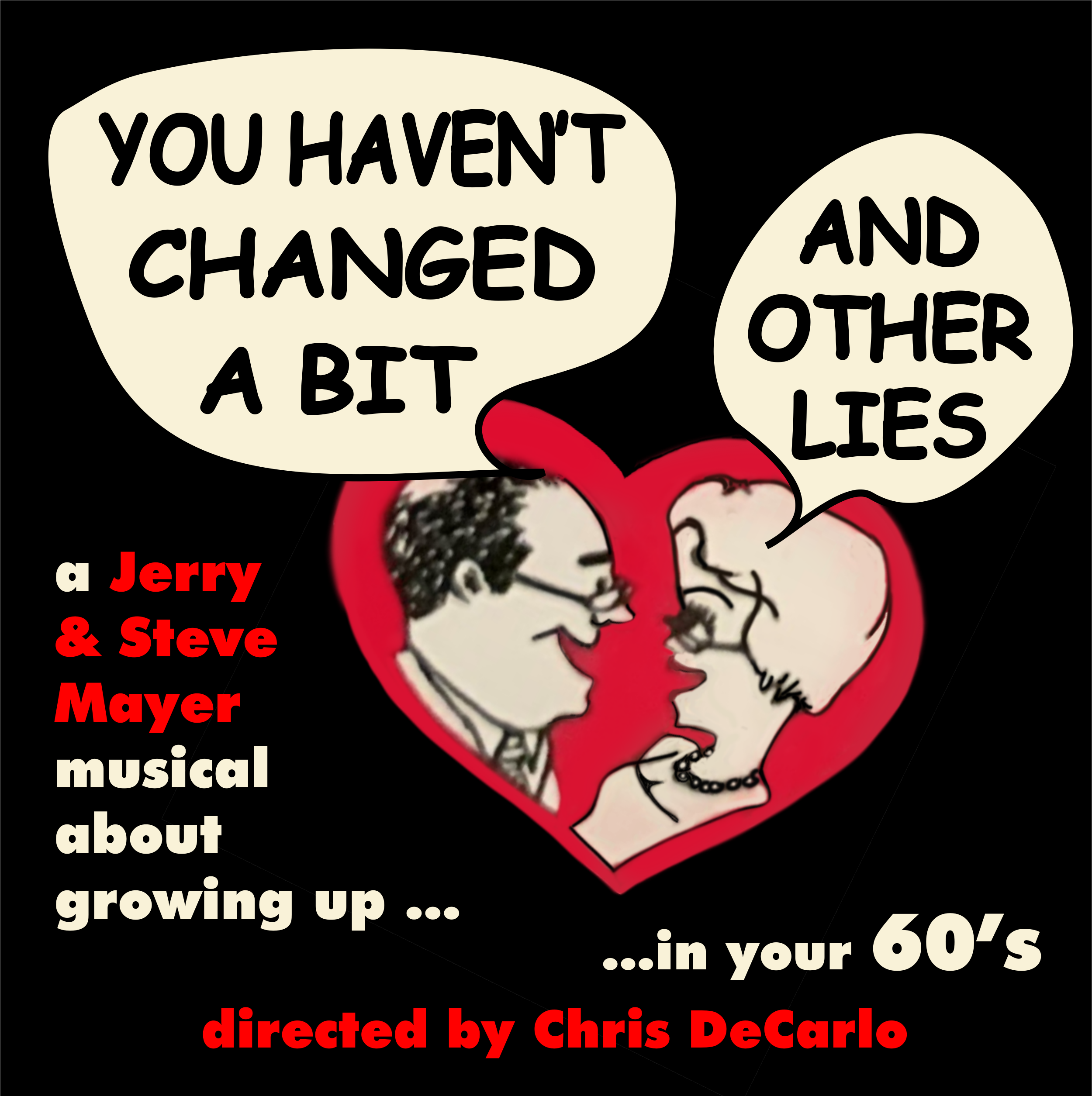 Renowned playwright Jerry Mayer turned 90 on September 5, 2021, his pen and wit sharp as ever. Currently developing his 11th play, he took time out to revisit the acclaimed musical he wrote with son Steve. Now, Santa Monica Playhouse premieres a limited run of this brand-new incarnation of the riotous and poignant musical, February 26-April 24, 2022.
“Heartfelt look at three married couples in their 60s and their personal and senior moment-induced tribulations.” LA Times
From the hilarious Role Reversal Tango, to the tongue-firmly-in-cheek tribute to the not-so-firm Upper Arms of the over 60s set, to the heart-wrenching Whatever Happened to Our Love Song, the Mayer team’s brilliance shines brightly on the trials and tribulations of “aging” – lovingly dissected, shredded, massaged and put back together again, through the eyes of three married couples – Jewish, Italian, Irish – who have known each other for over 35 years. It’s time for a renewal of vows. But much has changed…perhaps too much? Will all three couples make it to the altar again? Only time, and the Mayer team, will tell.
“That rare jewel in the theater, a musical comedy that deals in a witty and very entertaining way with love and marriage in middle age.” Gardena Valley News
Helmed by Playhouse Artistic Director Chris DeCarlo (director of 9 of Mayer’s 10 plays to date), LIES features a stellar cast including Mayer production alumni Rachel Galper (A DeLUSIONAL Affair, Love and Politics, Turning Thirty), Kyle T. Heffner (Facts of Life, Seinfeld [Bizarro George], Mistakes Were Made, Sense8). Barbara Keegan (NCIS: Los Angeles, Saving Mr. Banks, Emmy-award winner, Almost Perfect), Evelyn Rudie (A Love Affair, Climax, AUDITION: The Musical), and DeCarlo (Author! Author! an evening with Sholom Aleichem, Moliere’s The Fools, Almost Perfect), with newcomer to the Mayer catalogue Tom Van Dyke (Razzle Dazzle, The Van Dyke Bros blues/rock band, The Naked Apes).
“Young and old alike will love this play…It’s hard to remember an evening when I left the theatre with so much gaiety and wonderment.” Senior Life
Set, Lights and Video design by James Cooper. Costumes by award-winning designer Ashley Hayes. Technical Director George J Vennes III. Video Consultant Fritz Davis.
“LIES” plays Saturdays at 7:00pm, Sunday matinees at 2:30pm, February 26 through April 24 only.
“This musical about three sixty something couples had this night’s audience roaring.”
Back Stage West
Santa Monica Playhouse programs are supported in part by generous grants from the Los Angeles County Board of Supervisors through the Los Angeles County Department of Arts and Culture, the City of Santa Monica and the Santa Monica Arts Commission, the Ahmanson Foundation, the Rotary Club Foundation, and Playhouse PALS.
Produced through special arrangement with Playscripts, Inc.