Where: Join via Zoom with Zoom Code: 310 906 4211
Web: bgartgalleries.com
Email: info@bgartdealings.com Phone: +1 310-906-4211
When: August 6, 2020, 7:00 – 9:00PM PST
bG Gallery is excited to present a panel exploring the early 2000’s Underground, Street Art, and Pop Surrealism scene in conjunction with Mike Maxwell’s solo exhibition. Art historian, Jim Dainchendt, will explore turn of the century events through the lives of those artists active through the period, and the complex divides that they had to navigate. These artists oscillated between the street and the gallery, illustration and academic, popular- and counter-cultures as these movements intersected and interwove and developed into what many now refer to as the New Contemporary Movement.
G. James Daichendt, Ed.D., serves as Vice-Provost for Traditional Undergraduate Studies and Dean of the Colleges at Point Loma Nazarene University in Southern California. He is the author of numerous books, such as, Robbie Conal: Streetwise: 35 Years of Politically Charged Guerrilla Art (2020), The Urban Canvas: Street Art Around the World (2017), Kenny Scharf: In Absence of Myth (2016), and Shepard Fairey Inc.: Artist/Professional/Vandal (2014).
Daichendt is an art critic and journalist who has contributed to a number of publications, including, The San Diego Union Tribune, LA Weekly, Emmy Award-winning television series, “Artbound”, ArtScene, Artillery, Pasadena Scene Magazine, and Beverly Hills Lifestyle, among many others. In addition, he is the chief editor of the academic journal, Visual Inquiry: Learning and Teaching Art. Daichendt holds a doctorate from Columbia University and graduate degrees from Harvard and Boston Universities.
Mike Maxwell is a highly respected member of the underground art world, which he entered into in the late 1990’s, when he worked as an assistant for Shepard Fairey. Maxwell’s art gained great recognition after he created the portrait logo for Joe Rogan’s popular podcast. Maxwell’s podcast, “Live Free Podcast,” was an artist-interviewing-artist platform that aired more than 100 episodes, some of which will be included in the evening’s presentation.
We are honored to welcome other notable artists, Mike Giant, Van Arno, and Ferris Plock, to our virtual conversation who will share images and stories from the period.
Mike Maxwell became a member of the underground art world in the late 1990’s while working as an assistant to Shepard Fairey. Maxwell’s repute has grown from there and he is now a highly respected painter of works from the heart that are devoid of censorship and of concern for mass affirmation. He is an unapologetic contrarian who is not afraid to speak his mind, which is evident in his body of work.
Maxwell’s work generated tremendous interest after he created the logo for Joe Rogan’s podcast. Maxwell’s own podcast, “Live Free Podcast,” was an artist-interviewing-artist platform that aired more than 100 episodes over a five-year span, and featured the likes of Mike Giant, Anthony Lister, Ed Templeton, and many other prominent artists and creatives from the scene. In 2011, he and Mike Giant were featured in the film, “Working Class,” directed by Jeff Durkin of Bread Truck Films.
Mike Giant was born in 1971 in New York, NY. As a child he moved to Albuquerque, NM, where he studied architecture. In 1993, he worked as an illustrator in San Francisco, CA for Think Skateboards. In 2003, he created, with his friend Josh D, the clothing brand Rebel8, in connection with the skateboarding world.
Giant continued his work as an illustrator and tattooist in tandem, opening a tattoo shop in Albuquerque. Through his tattoos, graffiti, or illustrations, Mexican folklore and skateboarding cultures are significant themes throughout.
Van Arno was born in Chattanooga, TN and grew up in St. Louis, MO, where he attended a Christian Science school from K-12. While attending the Otis Parsons School of Design in Los Angeles, he supported himself by working as a bouncer at “Club Lingerie.” By the early 1990’s, his illustration resume included storyboarding for “Robotech,” deck designs for “Powell Peralta,” and box art for “Bandai Games,” but he found a niche in the music industry where his illustration and design credits are too numerous to mention. Shifting his focus to fine art, Arno began creating heroic figurative works featuring religious, folk, pop culture, and mythical heroes. His Olive Oyl series garnered much attention as he documented her life as a waterfront floozy. Arno’s work has since been shown throughout the US in Los Angeles, Seattle, Santa Fe, Nashville and New York. Museum shows include Juxtapoz magazine’s exhibition, Land of Retinal Delights: The Juxtapoz Factor, in 2008 at the Laguna Museum of Art, in Laguna CA, and again and in 2010 and 2011 at the Riverside Art Museum in Riverside, CA. Arno has shown internationally at Feinkunst Kruger in Hamburg, Germany and Yves Laroche Galerie D’art in Montreal, Canada.
Ferris Plock lives and works in San Francisco, CA with his wife, Kelly Tunstall (Plock’s partner in the artistic duo KeFe), and his son, Brixton. Plock brings a dedicated focus to his work that is paired with a wild sense of originality. Through a variety of mediums including acrylic, watercolor, spray paint, India ink, gold or silver leaf, and collage Plock creates highly detailed, character-based paintings on wood panel, which combine contemporary pop culture with the Japanese aesthetic ukiyo-e. Widely-accomplished and with a diverse range of artistic interests, Plock has created illustrations for many high-profile clients, has been involved in solo and group exhibitions both nationally and abroad. He also served as the 2010’s Artist in Residence at Recology San Francisco in San Francisco, CA.

Bring a project and get creative at Ten Women Gallery on Main Street every third Thursday of the month. Meet artists, enjoy some delicious snacks and… 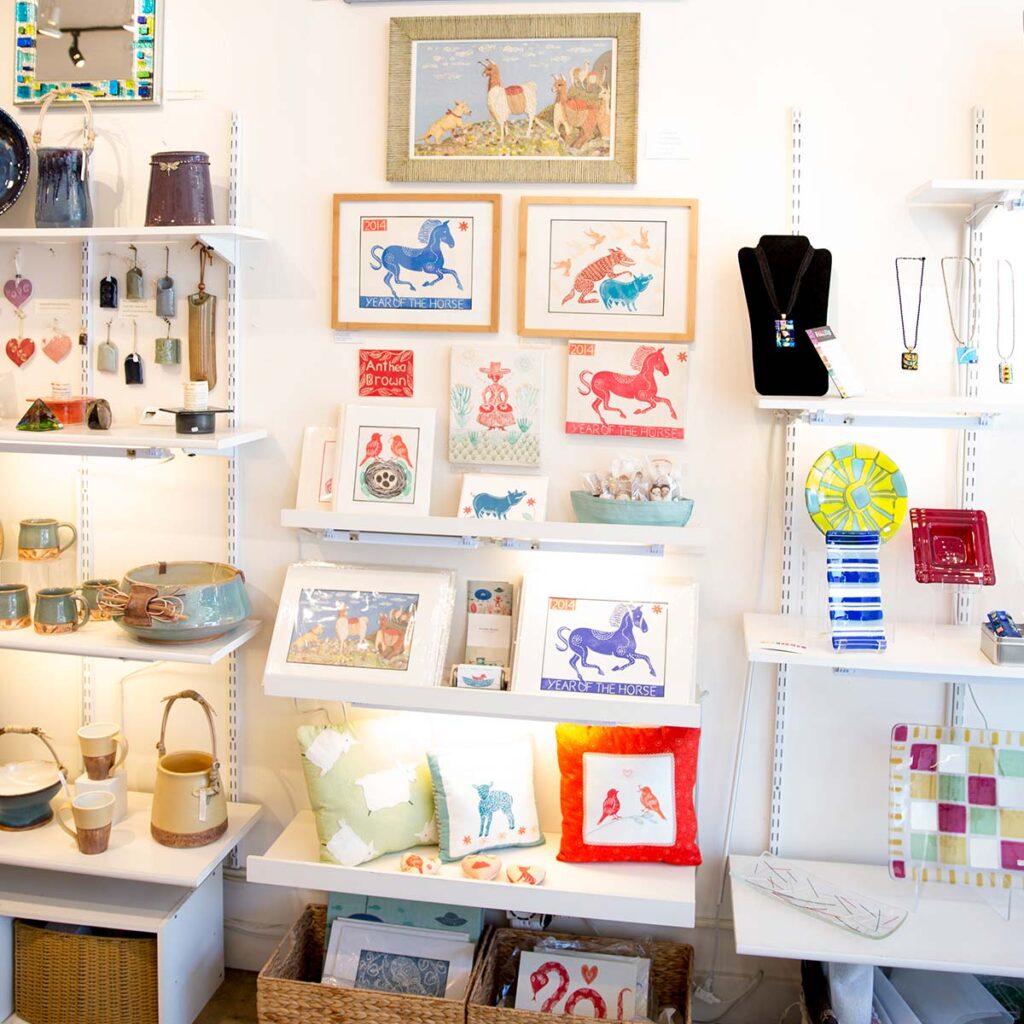 Join us at the Santa Monica Pier once a month for a curated series for locals. Gather your friends and family and head down to the Pier for this…

Bring a project and get creative at Ten Women Gallery on Main Street every third Thursday of the month. Meet artists, enjoy some delicious snacks and…