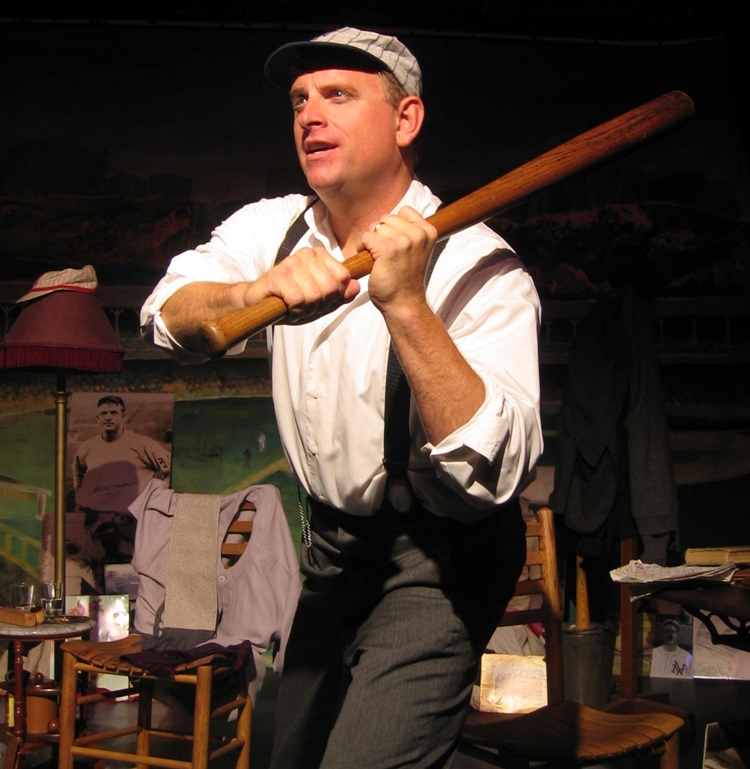 “A perfect pitch! Pure Virtuosity!” – Clive Barnes, New York Post.
Just in time for baseball season, the Santa Monica Playhouse Benefit series in association with the Mathewson Foundation presents a special two performance home series of Eddie Frierson’s widely acclaimed theatrical show. “One of the Year’s Ten Best Plays! Whether you are a baseball fan or not, Eddie Frierson’s play, “MATTY: An Evening With Christy Mathewson,” is a superb theatrical experience. MATTY hits a home run! — National Public Radio (NPR)
“Matty” is the life story of Christy Mathewson, legendary hall-of-fame pitcher for the New York Giants (1900 to 1916), gentleman, philosopher and first true American hero who inspired a whole generation of fans to make baseball America’s pastime. Mathewson was arguably America’s first major baseball legend – a college-educated all-American farm boy from baseball’s age of innocence, a multi-faceted baseball player with homespun wit. Besides his ballpark records, still among the most impressive ever posted, he was an author of books for boys, toured in vaudeville, made a motion picture, and was a war hero, a coach, a sports writer and very likely the first major sports figure to be a product spokesperson.
“It’s 100% true that you don’t have to be a baseball fan to be completely engaged by Eddie Frierson’s performance. He leaves the audience with a real appreciation of Christy Mathewson, and the place and time in which he was an authentic hero. On the other hand, if you are a baseball fan, you will be amazed at how much you didn’t know about “Matty,” his contemporaries, and the dramatic baseball events of their time.” — Bob Costas, NBC
“A magnificent trip back in time! I recommend it highly!” — Keith Olbermann, ESPN
”Remarkable! This show is as memorable as an exciting World Series game and it wakes up the echoes about why we love baseball. When MATTY comes to your town don’t miss it! A great way to get hooked on baseball again!”
“Charming! Amusing! Great!” Wilborn Hampton, The New York Times
Frierson, who researched and developed the play, is also a college-educated all-American ballplayer. A baseball scholarship brought him to UCLA to pitch for the Bruins. While there he also pursued a degree in theatre and, as he says, realizing that he would never be a hall-of-famer, bypassed a professional baseball career in order to pursue acting. Staying close to his athletic roots after graduation, he was the head baseball coach at Santa Monica High School while looking for the perfect vehicle to launch his acting career. He found that vehicle with the Christy Matthewson story, spending twelve years researching and developing it into “Matty,” which had one of its first public performances at Santa Monica Playhouse in 1989. Ironically, he has clearly gone farther in baseball through the stage than he ever would have on the field as it is because of his performance as “Matty” that he was ushered into Baseball’s Hall of Fame in Cooperstown as an “Honorary Inductee.”
Tickets are $20 for all seats – proceeds support the Santa Monica Playhouse Benefit Campaign.