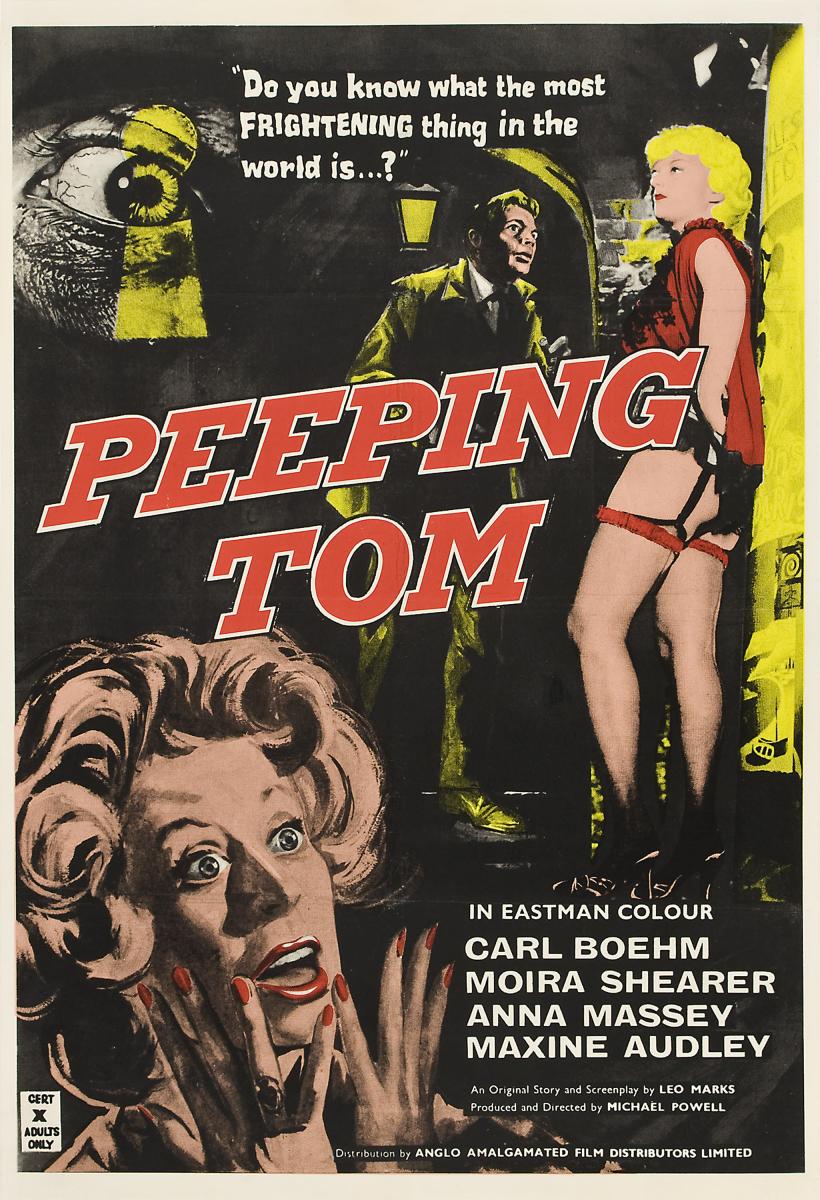 Double Feature: PEEPING TOM, 1960, Rialto Pictures, 101 min. Dir. Michael Powell. Almost universally reviled by critics on its initial run but now considered a masterpiece of psychological horror, PEEPING TOM all but killed Powell’s career when it was released. In an unforgettably creepy and affecting performance, Carl Boehm stars as a shy, gentle photographer, who is really a tormented serial killer filming his female victims at their moment of death. Boehm’s crush on boarding-house tenant Helen (Anna Massey) brings on a crisis that can result only in redemption or destruction. Insightful and subversive, PEEPING TOM poses difficult questions about the universal desire for voyeuristic thrills and the very nature of watching film.
DIVA, 1981, Rialto Pictures, 123 min. Director Jean-Jacques Beineix scored a bull’s-eye internationally at arthouse box offices with his debut film, a deftly constructed soufflé of a suspense thriller with a comic, tongue-in-cheek tone. Postman and opera fanatic Jules (Frederic Andrei) surreptitiously records his idol, diva Cynthia (Wilhemenia Wiggins Fernandez), and is so overcome by her performance that he steals her costume from her dressing room, which causes a scandal. Later, while on his rounds, he encounters two thugs beating up a woman and is the unwitting recipient of a blackmail tape that the victim sneaks into his letter bag. Soon the chase is on, with not only the hoods (including Dominic Pinon) but also Taiwanese music bootleggers hoping to steal his opera cassette. Before things come to a head, Jules befriends singer Cynthia and is aided in his escape from danger by a teenage Vietnamese street girl and a sophisticated mystery man (Richard Bohringer). “…One of the best thrillers of recent years but, more than that, it is a brilliant film, a visual extravaganza that announces the considerable gifts of its young director, Jean-Jacques Beineix…Filled with so many small character touches, so many perfectly observed intimacies, so many visual inventions, from the sly to the grand, that the thriller plot is just a bonus… Pauline Kael has compared Beineix to Orson Welles and, as Welles so often did, he has made a movie that is a feast to look at, regardless of its subject.” – Roger Ebert, Chicago Sun-Times