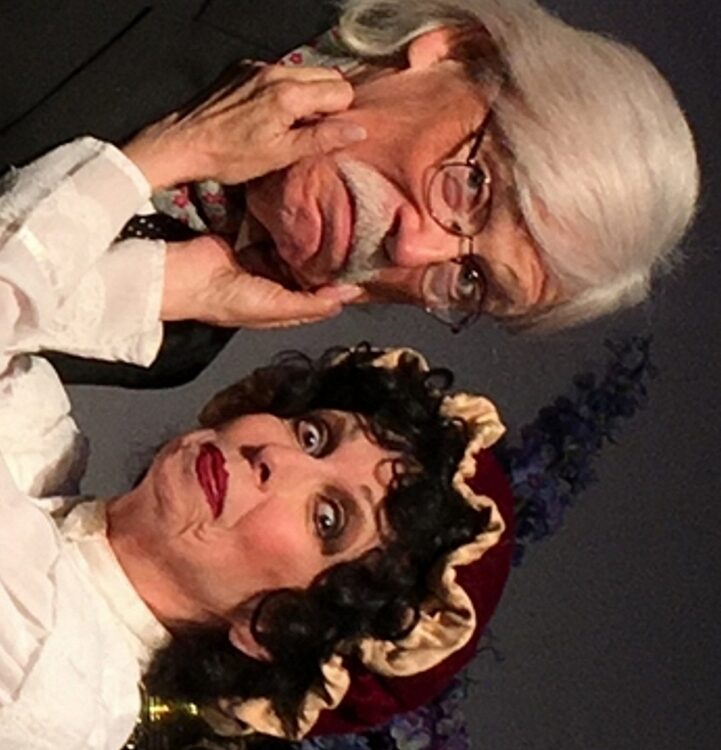 “GO! You won’t be sorry!” raves Backstage. “Enchanting!” exclaims Variety. 100 reviews! 100 raves! It’s the joyous, hilarious, touching, and ever-popular classic musical comedy, the longest-running Jewish musical in LA theatre history! The glorious numbers, poignant moments and delightful humor will have you laughing, crying, tapping your toes and celebrating life like never before. “The best and funniest theatre production in LA!” hails Century City News of the show that put musicals into the LA intimate theatre arena, back for 2 shows only, to celebrate Sholom Aleichem’s 101st yahrzeit. Valley Life affirms, “You’ll discover, through the whimsical wit of Sholom Aleichem and the skill of Chris DeCarlo, why the play enjoyed such a long run. It’s a great evening!”
A brilliant team of artists present an unrivaled musical comedy classic inviting audiences of all ages to celebrate the humor and pathos of Sholom Aleichem’s world and offering a “sparkling introduction to a new generation of theater enthusiasts to the patina-covered world of their brethren on both sides of the ocean, to a world that is no more and will never return.” (B’nai B’rith Messenger). “I thank you for bringing him so beautifully back To Life,” applauds Aleichem’s second cousin, Lillian Aderman Moller as Chris DeCarlo reprises his award-winning portrayal of the world’s most beloved Yiddish author. Joining DeCarlo is original cast member Evelyn Rudie, with Actors’ Repertory Theatre (ART) Celeste Akiki, Kate Burleigh, Rachel Galper, Nima Ghassemian, Adya Mohanty, Joseph Perez and Graham Silbert. The production is helmed by long-time ART director Arthur R. Tompkins, with authentically detailed costumes by award-winning designer Ashley Hayes and lilting tunes by the acclaimed team of Evelyn Rudie and renowned composer Ben Weisman (57 gold albums).
Sholom Aleichem’s tales are so timeless and universal that they have transcended over 100 years of social and cultural change, and become more appealing to audiences and readers with each coming year. Iconic theatre reviewer Polly Warfield proclaims, “AUTHOR! AUTHOR! is an unmitigated delight. It is joyous entertainment…It warms the audience and sends them out feeling better than when they went in.” Back for one performance only – Friday, May 19 at 8:00pm Casting Call sums it up: “Perfect intimate theatre! See it!”
Author! Author! had its world premiere at Santa Monica Playhouse in 1976 and played for 4 ½ years in its initial run. Actors’ Repertory Theatre has reprised the show every year since them. 2017 marks the show’s 41st anniversary production.
Author! Author! is also available for private temple and weekday school performances. For details, call 1-310-394-9779 ext 623.
Friday at 8:00pm, May 19
General admission: $29.50; students, teachers, seniors, military $25.00; groups of 8 or more $18.00; $15 for kids 12 and under
Santa Monica Playhouse, The Other Space, 1211 4th Street (Between Wilshire & Arizona), Santa Monica, CA 90401.