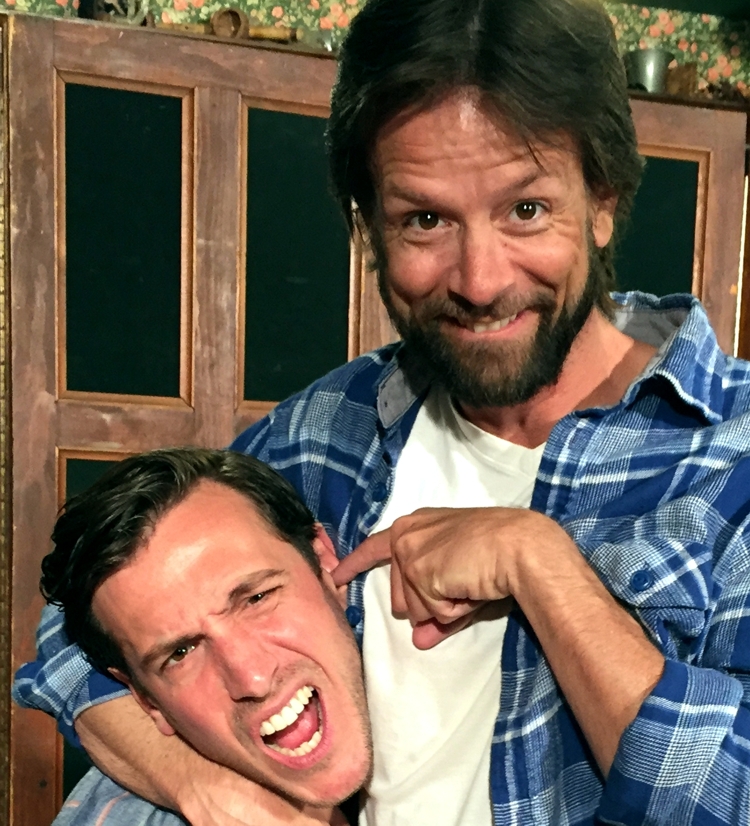 Buddy falls for the perfect girl of his dreams. One small problem… he’s married to Jenny. We watch his hilarious, guilt-ridden affair ’til he finally realizes his perfect dream girl is Jenny, his wife. Almost Perfect comes on the heels of last year’s spectacular Playhouse success of Aspirin & Elephants (Critics’ Pick – LA TIMES). Audiences are clamoring for more Mayer so the Playhouse is hosting the Jerry Mayer-a-thon, bringing you all the most loved Mayer comedies. Since its world premiere in Santa Monica, Almost Perfect has played to sold out houses for the entirety of its initial 11-month run, and again for its 10-month revival, in addition to critically-acclaimed productions in New York, Canada, across the United States and Europe. Almost Perfect features an outstanding cast of theatre, television and motion picture personalities that includes Ryan Driscoll (Poop Notice – series regular, House M.D., Aspirin & ELEPHANTS), Dan Gilvezan (The Transformers, Parks and Recreation, Desperate Housewives), Barbara Keegan (NCIS: Los Angeles, Saving Mr. Banks, Emmy-award winner), Michael Marinaccio (off Broadway: Tony ‘n’ Tina’s Wedding, Richard III; Aspirin & ELEPHANTS), Lucy Rayner (English 20, Happy Hour, Bolero), Wayne Roberts (NCIS, The Fighting Kind, Claire & Bobby).
“The first thing that’s got to be faced is that men are swine; like clockwork, they can be counted on to blame whatever unhappiness they’re going through on the woman they’re presently with,” Mayer says. “Almost Perfect also points out female idiosyncrasies that tend to drive a man up the wall, out the door, and into another woman’s arms.” The question of blame aside, Almost Perfect is recommended viewing for anyone who is in or would like to be in relationship.