Aleichem Sholom! The Wit and Wisdom of Sholom Aleichem 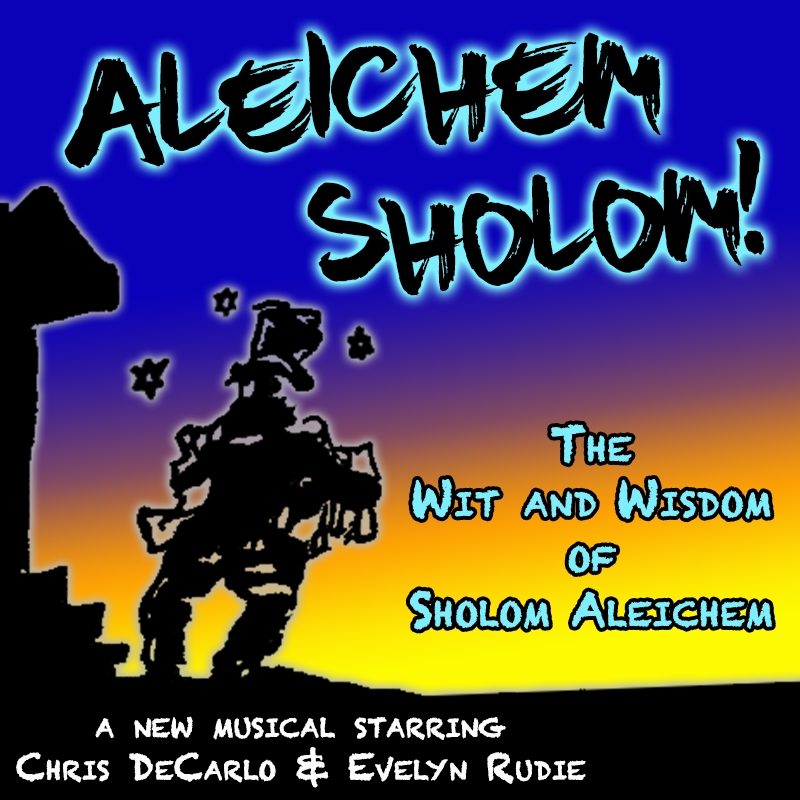 “Brilliant performances!” raves The Tolucan Times. “Brilliant portrayals…you will be just as captivated as I was!” hails broadwayworld.com. “Just plain brilliant!” exclaims playwright/performer Wendy Michaels.
Follow the life of the beloved Yiddish story-teller and his mespoche, as he spins tales of his loves and losses, his fame and his failures, his travels, his travails and the tremendous optimism that kept him going against all odds. Audiences are treated to an in-depth look at the joyous and poignant events that inspired the foolish philosophers, philosophical fools, comical shtetl folk and not-so-comical scoundrels that populated Sholom Aleichem’s world. “I will never forget my evening with Sholom Aleichem and I thank you for bringing my cousin so beautifully back ‘To Life’.” Lillian Aderman Moller
Now celebrating one year and counting, the delightful musical is back monthly by robust audience demand. Based on Sholom Aleichem’s letters and tales, the controversy surrounding his stories and plays, and his passionate involvement in the creation of a new homeland coupled with the personal recollections of those who knew him first hand, Aleichem Sholom is written by the internationally acclaimed team of Chris DeCarlo and Evelyn Rudie, with lilting songs by Emery Bernauer, E. Rudie and Sholom Aleichem himself. The new musical stars veteran performer Chris DeCarlo, who once again assays the role of the beloved author, a characterization which has been enjoyed by more than a quarter of a million audience members, and Evelyn Rudie, who has created and portrayed more than three dozen Sholom Aleichem characters in over 2,000 performances to date. “Evelyn Rudie is an all-around theatrical wizard…Mr. DeCarlo’s characterization is faultless.” Casting Call
Aleichem Sholom is presented by the Santa Monica Playhouse Jewish Heritage Project, supporting productions that keep the unique richness of Jewish theatre alive, honor the historical and cultural importance of Jewish heritage, and insure that new generations of theatre-goers appreciate and celebrate the life experience of Jewish ancestry, literature and tradition. “ ‘Sholom Aleichem’ means ‘Hello, peace be with you.’ For Santa Monica Playhouse it means ‘richness in Jewish theatre for the community to enjoy.’ ” The Messenger.
Once a month only: Saturdays, 7:30pm, April 20, May 25, June 22, July 6, Aug 31.
Santa Monica Playhouse is supported in part by grants from the City of Santa Monica and the Santa Monica Arts Commission, the Ahmanson Foundation the Los Angeles County Board of Supervisors through the Los Angeles County Arts Commission and Playhouse PALS.