A Child Left Behind 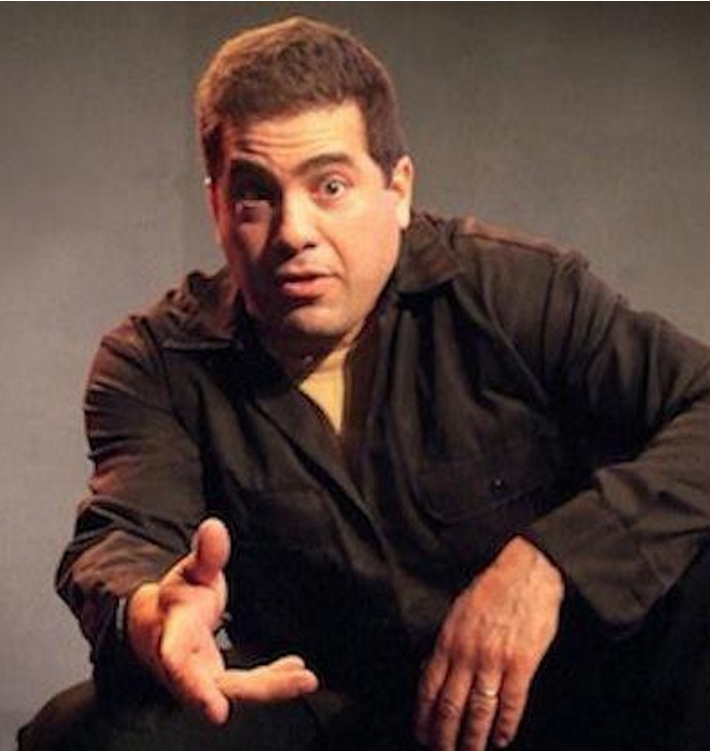 LA WEEKLY names it “PICK OF THE WEEK!” Joestraw#9 raves, “Run to see this show!” LA TIMES hails it as “Compelling!…First rate!…” After a successful tour of the national’s capital, a critically acclaimed extended run at Beverly Hills Playhouse and an engagement at the Ruskin Group Theatre in Santa Monica, Santa Monica Playhouse welcome’s Alan Aymie’s celebrated production to The Other Space.
It was time to speak up. When LAUSD teacher and playwright Alan Aymie was given his second pink slip from the school district that he had worked in for a decade, and was later “graded” by the LA Times he decided that it was time to provide a voice for the teaching professional. While painting a dynamic and powerful portrait of the daily challenges teachers face in Los Angeles, Aymie also takes a poignant look at his own experiences of trying to teach his son who was recently assessed with Asperger’s Syndrome. A dramatic response to the LA Times’ Value Added teacher ratings, A Child Left Behind is a teacher’s personal journey of trying to be an effective educator while parenting a special needs child, and learning what it takes to be taught. “Here I was working to be a good teacher,” explains Aymie, “yet the person (my son) who I really needed to teach I couldn’t reach.”
Writer/performer ALAN AYMIE is an award-winning playwright (Rap – AAPEX Best New Play). A Child Left Behind was developed through the Katselas Theatre Company’s Skylight Theatre INKubator New Play Development Program and marks Aymie’s first solo piece since his critically acclaimed Child’s Play (“powerful, touching, and funny,” LA Times). It has been seen at the HBO Workspace, the Aspen Comedy Festival, PSNBC and various theaters in Los Angeles, Ojai, New York, Washington DC, Boston, and Colorado.
Director PAUL STEIN has helmed numerous one-person shows in LA, San Francisco, New York and Toronto including productions at United Solo, soloNova, Summer Works Festival, U.S. Comedy Arts Festival and Hollywood Fringe. His latest directed solo show, Antonio Sacre’s The Next Best Thing, won “Best Storyteller” at United Solo and was nominated for a 2012 LA Weekly Award for Solo Performance. Stein is the Artistic Producer and Conceiver of The Car Plays with recent presentations at RADAR LA, Segerstrom Center and The La Jolla Playhouse. He is the Artistic Director of the Comedy Central Stage in Hollywood.
Santa Monica Playhouse programs are sponsored in part by the City of Santa Monica and the Santa Monica Arts Commission, by the Los Angeles County Board of Supervisors through the Los Angeles County Arts Commission and by US Bank.
By public transportation: take the Santa Monica Blue Bus or the LA Metro Rapid #720 and exit at 4th and Wilshire.
The Other Space at Santa Monica Playhouse is located at 1211 4th Street, Santa Monica, CA 90401 (between Wilshire & Arizona) in the heart of Downtown Santa Monica. Convenient Parking is located across the street.
Presented by Santa Monica Playhouse; Originally developed through the Skylight (Katselas) Theatre Company INKubator New Play Development Program
Production Website: http://alanaymie.wix.com/alan-aymie
Playhouse website: http://SantaMonicaPlayhouse.com